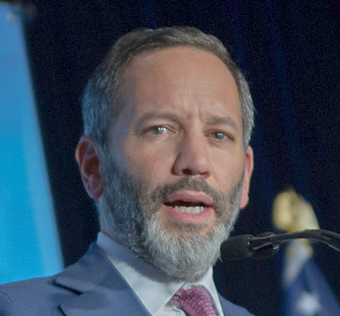 In the 2013 American Airlines reorganization, he played a key role in preventing thousands of job cuts, preserving pensions for the three major unions, and paying creditors 100 cents on the dollar.

Currently co-head of restructuring at Moelis, over the past 30 years he has helped restructure hundreds of entities across the U.S. representing over $600 billion.

Bill’s mother, a naturalized citizen from Guatemala, was a teacher’s aide. His father earned four battle stars in the Navy during WWII and worked for 35 years as a union carpenter. He attended California public schools and received Carpenters Union and Navy ROTC college scholarships. Active in Scouting from the age of eight, he earned his Eagle Scout rank at fifteen.

Over the past 20 years he has contributed / raised millions of dollars for Democrats.

He and his husband were married in San Francisco in 2008 and are raising two boys in Brooklyn, NY.