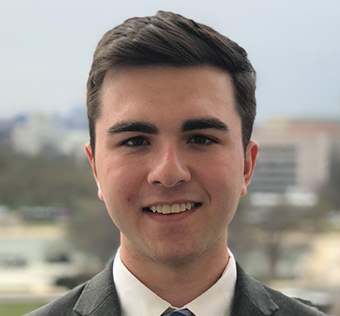 Ethan is a senior at Missouri S&T majoring in history and minoring in pre-law. Prior to becoming Vice President, he was the President of the College Democrats of Missouri and the CDA National Membership Director. His first campaign was with Chris Koster in 2016, and he was active as a campaign manager in 2018 for a state house race. He has continued his involvement working with local candidates in central Missouri and his county party. Ethan enjoys traveling the U.S. in his spare time, working at his local radio station and getting outdoors whenever possible.