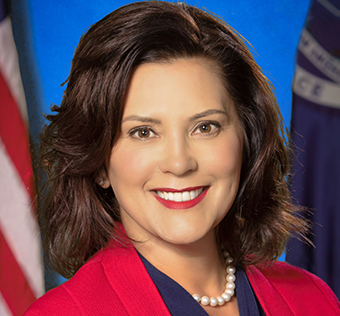 Governor Gretchen Whitmer — or “that woman from Michigan,” as President Trump called her — is a lifelong Michigander who has devoted her life to building a stronger Michigan for everyone. Governor Whitmer has been a trailblazer throughout her career in public service. She was elected to the Michigan House of Representatives in 2000 and elected to the Michigan Senate in 2006, where she became the first woman to serve as the Senate Democratic Leader. During the 2018 gubernatorial race, Governor Whitmer won all 83 counties in the primary election, and won the general election with the highest number of votes that any governor has received in Michigan’s history.