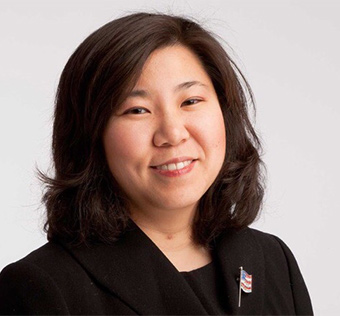 Grace was born and raised in New York City, attended public schools, and graduated from the University of Michigan in 1997. After attending Benjamin N. Cardozo School of Law, she served as a public interest lawyer before representing Queens in the New York State Assembly in 2008 and the U.S. House of Representatives beginning in 2012.

As a DNC Vice Chair, Grace focused her efforts on representing diverse constituencies within the Democratic Party. During the 2016 presidential campaign, she focused on turning out voters in the major Asian American communities, resulting in almost double the rate of early voter turnout in those communities—and a dramatic increase in the number of non-English and new media outlets with which the DNC communicated.

Grace leads ASPIRE PAC which provides support for Asian American and Pacific Islander candidates. Through her AT THE TABLE! PAC, Grace supported 11 successful minority candidates in their federal races in 2016. She also serves as an original member of the Board of Directors of EQUALITY PAC, the political arm of the Congressional LGBT Equality Caucus.