Join us in welcoming Kamala Harris to the team! 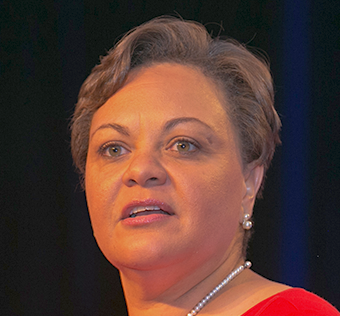 Karen is serving her second term as chair of the Louisiana Democratic Party — the first woman to ever hold the post. She represents New Orleans and parts of Jefferson Parish in the Louisiana State Senate where she serves as the Chair of the Senate and Governmental Affairs Committee.

During her time in the Louisiana House, her peers elected her to serve as Speaker Pro Tempore. In the Legislature, Sen. Peterson established herself as a powerful, worthy asset, serving on various committees including the Joint Legislative Budget Committee, the House Governmental Affairs Committee, and the Judicial Committees. During her service in the House, she was also the first woman to chair the House Insurance Committee.

Sen. Peterson is a 1991 graduate of Howard University School of Business, where she received a degree in International Business and Marketing, and of Tulane University Law School, where she was afforded the opportunity to attend both Boston College Law School and the University of Virginia’s Law School as a visiting student. She and her husband Dana are members of Blessed Trinity Catholic Church and live in downtown New Orleans.