50 Days In The Rough: A Bogey For American Taxpayers

After saying he would not take vacations, today marks the 50th day Trump has spent at one of his golf courses and the 65th day at a Trump-branded property during his presidency. By the end of his “working vacation,” Trump will have spent one-third of his presidency at one of his properties, while he has achieved no major accomplishments and failed to deliver on his promises.

But remember, Trump is definitely not on vacation… 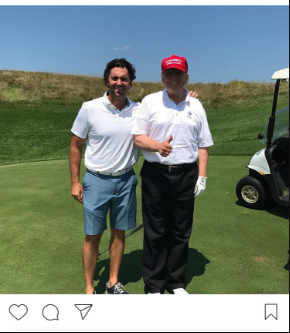 Trump’s frequent trips are a waste of taxpayer money, and a burden to local economies and residents.

USA Today: “President Trump insists he's on a ‘working vacation,’ but that hasn't stopped the Secret Service from spending $13,500 on golf cart rentals ahead of this go-round in Bedminster, N.J.”

Associated Press: “Small airports and aviation-related businesses near Trump's properties in Florida and New Jersey have lost out on hundreds of thousands of dollars in business already this year. And they have no recourse other than to appeal to the Secret Service, which oversees presidential security.”