As Biden Signs CHIPS Bill, DNC Delivers Chips to Republicans Who Voted Against It

This morning, as President Joe Biden signed the CHIPS and Science Act into law, which will help create jobs across the country, cut the costs of goods, and secure our domestic supply chains, the DNC delivered potato chips to several Republicans in Congress who voted against the bill.

“As President Biden signs the CHIPS and Science Act into law today, voters deserve to know that these Republicans voted against creating more American jobs and boosting our competitiveness with China,” said DNC States Communications Director Brooke Goren. “We hope they enjoy these chips since they clearly have no interest in the kind that will soon be lowering costs and growing the economy.”

The DNC delivered potato chips to Senator Ron Johnson in Wisconsin and Representatives David Schweikert in Arizona, Maria Elvira Salazar in Florida, Buddy Carter in Georgia, and Scott Perry in Pennsylvania, each of whom voted against the CHIPS and Science Act – siding with China and Big Pharma.

See below for some photos from the deliveries: 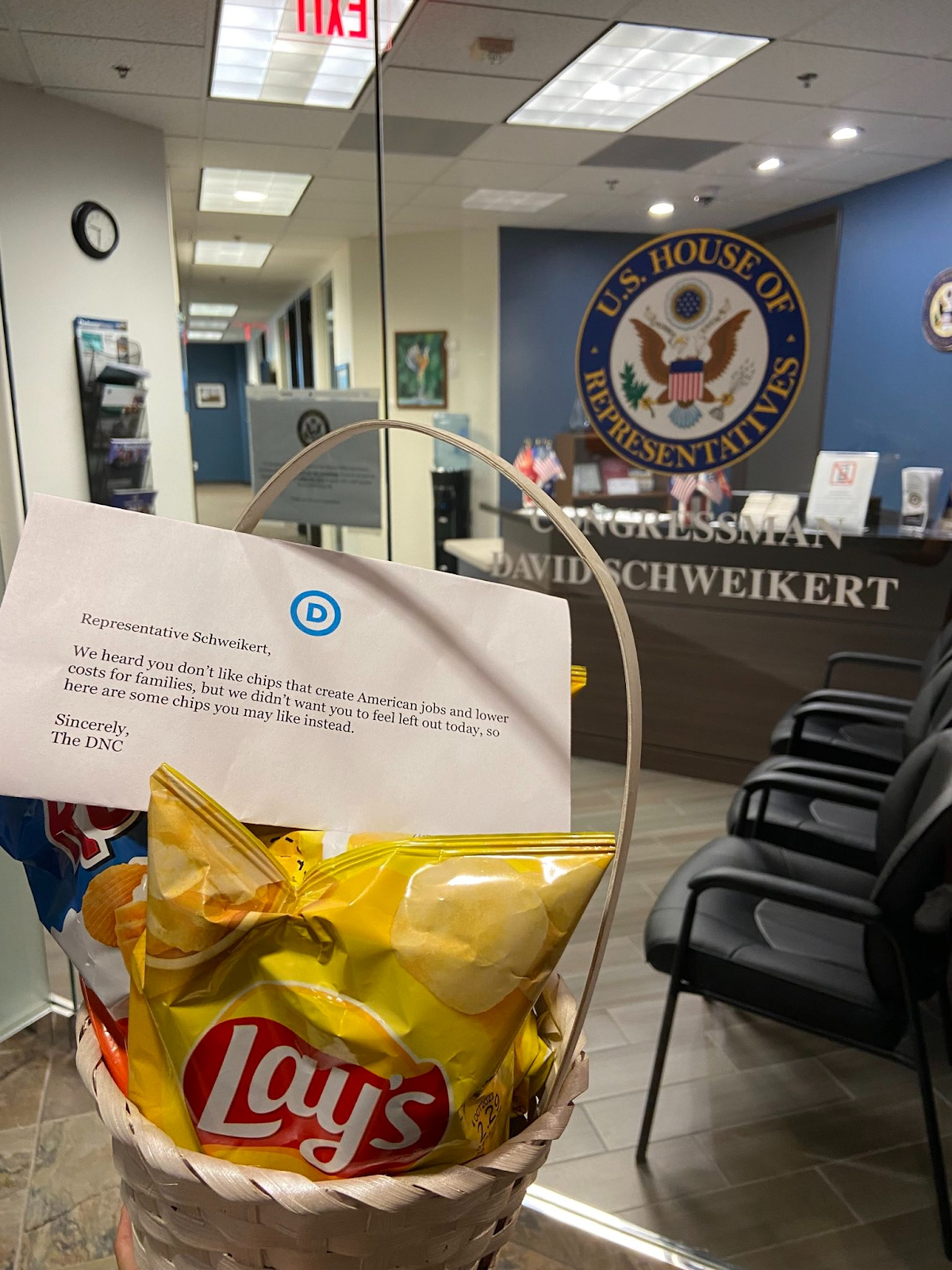 According to the Washington Post, the bill that each of these Republicans voted against, “would provide $52 billion in subsidies to domestic semiconductor manufacturers … in a bid to strengthen the United States’ competitiveness and self-reliance in what is seen as a keystone industry for economic and national security.” Incentivizing the manufacture of computer chips in America and being less dependent on China for them will help to lower the cost of everything from cars to household appliances that these chips are used in, and protect our national security by working to ensure we aren’t relying on China and other countries for these critical components.”