Here are some of the highlights:

Brown: “Next time you see the president, I don’t know if he knows he’s lying… but would you correct him when he says he’s supporting the consumer protections for preexisting conditions?” 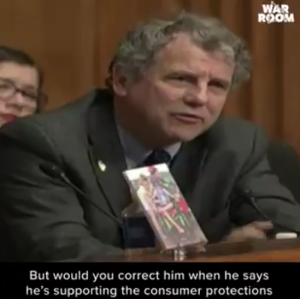 Rep. Panetta grilled Trump’s budget director and forced him to admit that Trump never considered the costs of climate change when he proposed massive cuts to environmental protection agencies.

Panetta: “Has this administration factored any of the costs of climate change into its models?” 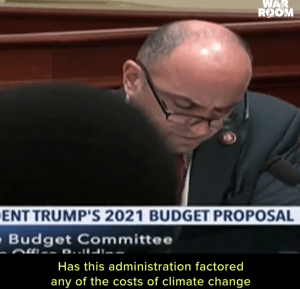 In response to Senator Menendez, Secretary Azar conceded that Trump won’t propose a replacement plan for the ACA until AFTER coverage is ripped from millions of Americans.

Menendez: “I have yet to see one plan that the administration has put forward over the health care of millions of Americans. What are you waiting for?”

Azar: “We would wait until there’s a final judgement by the final court of authority. In this case, it would obviously be the Supreme Court.” 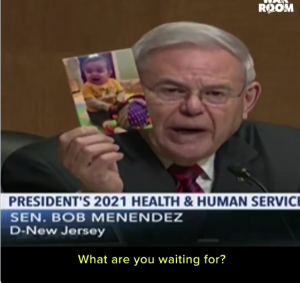 Senator Carper made Secretary Mnuchin repeat the farfetched claim that Trump’s tax cuts would pay for themselves.

Mnuchin: “I stand by our comments that the tax cuts will pay for themselves. This will be simple math.” 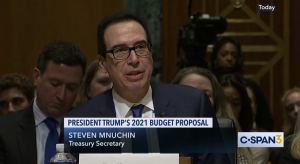 Rep. Jeffries called out the administration for lying about the hundreds of billions in cuts Trump has proposed making to earned benefits.

Jeffries: “Trump tweeted ‘we will not be touching your Social Security or Medicare in fiscal 2021 budget.’ Is that correct?”

Vought: “That is not true. It does not cut Medicare or Medicaid.” 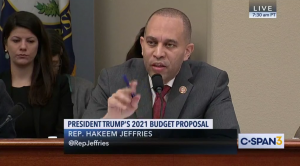