Today, the DNC launched the official Resistance Summer website – ResistSummer.com – where Americans across the country can sign up to participate in a Resistance Summer program near them. The mission of Resistance Summer is to educate, organize, and mobilize grassroots energy from Democrats in all 57 states, territories, and Democrats Abroad to help build our party’s base of political power and resist Trump’s attacks on hardworking families.

The American people are demanding a Democratic agenda focused on expanding opportunity, better wages, affordable health care and a secure retirement. Resistance Summer is not just about holding Trump accountable – it’s about electing Democrats who will prioritize the needs of middle class and working families.

In addition, the DNC rolled out a new web video featuring progressive leaders from across the country promoting Resistance Summer: 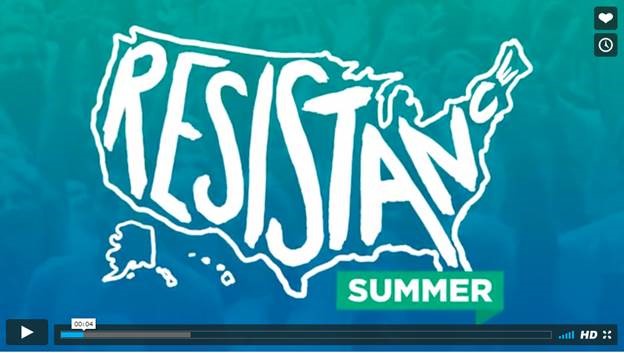 The Resistance Summer program is a nationwide Democratic Party initiative designed to bolster state parties by investing in local organizing projects over the summer. Since Donald Trump’s inauguration, there has been an explosion of grassroots activity opposing this administration’s abuse of power and the Trump-Ryan agenda, which prioritizes tax cuts for the rich over the needs of middle-class and working families.

The program is a competitive matching grant program, where the DNC will help fund the important work done by state parties to achieve their organizing goals. Recognizing that a one-size-fits-all approach is ineffective, each program will be unique to each state’s strategic priorities and organizational capacity.

Through Resistance Summer, the Democratic Party hopes to educate, organize, and mobilize grassroots energy from Democrats in all 57 states, territories and Democrats Abroad to help build our party’s base of political power, resist Trump’s attacks on hardworking families, and elect Democrats up-and-down the ticket.