Donald Ducks Makes His Debut, Calls on Trump to Release His Taxes

NEW YORK – This morning, Donald Ducks made his official debut in front of Trump Tower, where he called on Donald Trump to stop ducking and release his tax returns.

Later today, Donald Ducks will be in Charlotte, North Carolina, and will continue to trail Trump and his running mate until Trump finally releases his tax returns – the way nominees from both parties have done for the last 40 years. 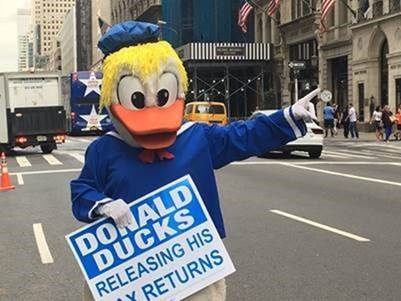 Clinton releases ad focused on Trump's tax returns
USA TODAY // ELIZA COLLINS
…
Meanwhile, the Democratic National Committee announced Thursday it would be sending “Donald ducks” to a series of Trump events. The duck went to Trump Tower on Thursday and will be at Trump rallies in the following days.

In a release, the DNC said the character was set to call out Trump for “constant ducking on his taxes.” 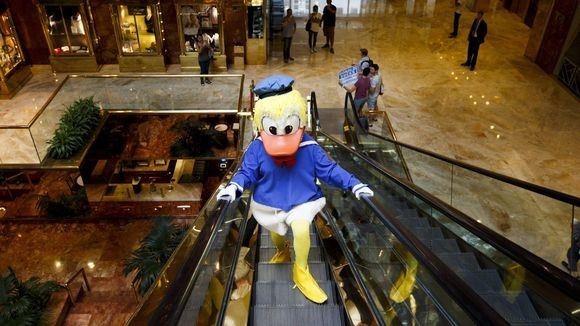 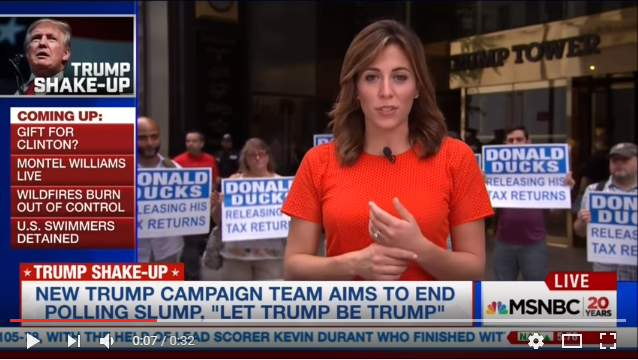 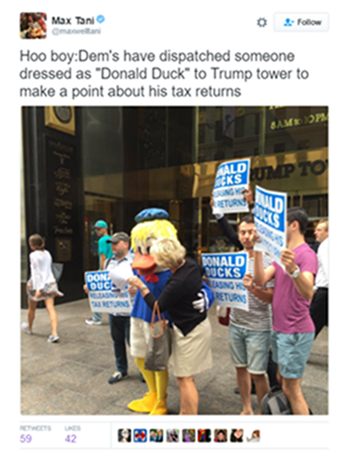 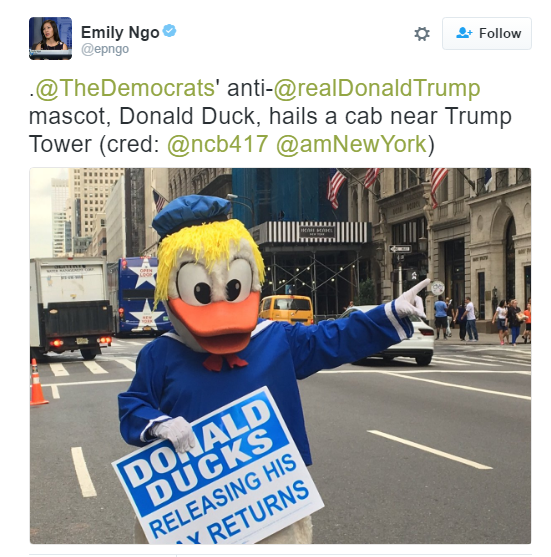 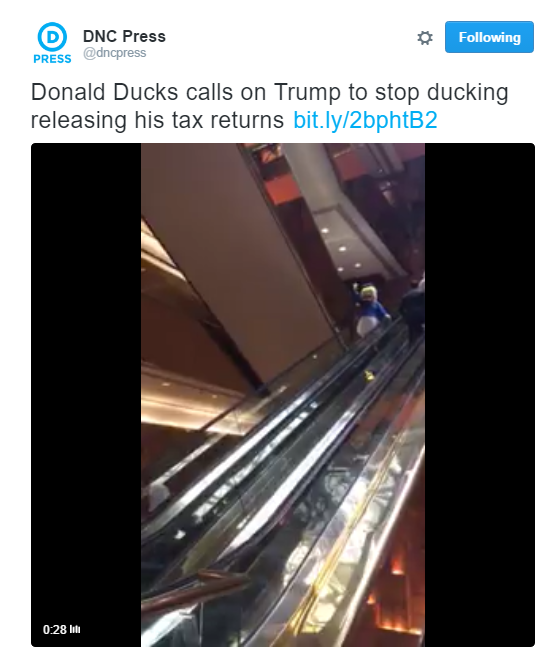