While the lives of hundreds of thousands of American Dreamers continue to hang in the balance, Donald Trump’s administration is working around the clock to round up and deport hardworking immigrants, leaving American children without their parents.  Trump’s extreme and anti-immigrant agenda is wasting valuable resources on deporting non-violent undocumented immigrants –some with decades-long histories in the United States— and tearing families apart in communities across the country.

Here are just a few stories of people that have been deported under the Trump administration: 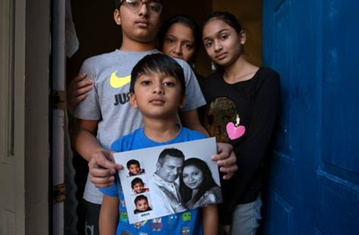 “Having taken post-graduate courses in molecular, cellular and developmental biology at the University of Kansas, Jamal taught chemistry as an adjunct professor for several area colleges. He was most recently teaching at Park University. Because of Jamal’s strong work record, lack of criminal history, risks to his safety in Bangladesh and three American-born children who depend on him, ICE has the legal option to stay his removal, Bennett said.”

NEW: CNN: Veteran who served two tours in Afghanistan could be deported 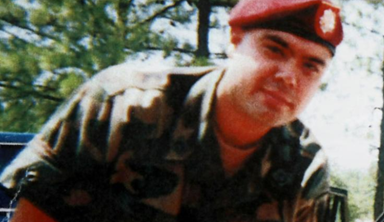 “The substance-abuse and mental-health counseling he desperately needs would not be readily available in Mexico, he said. He also predicts that drug cartels would recruit him because of his combat experience and murder him if he didn't cooperate.”

NEW: Press Herald: Waterville father should not be deported to Haiti 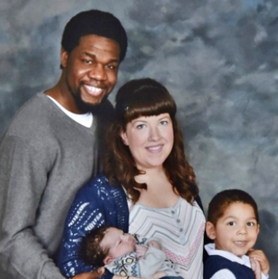 “This Maine family could be torn apart by the government simply because political rhetoric has reached a hysterical pitch and cable news talking points have more sway than logic or compassion. Federal authorities, starting with the four members of the state’s congressional delegation, should get involved in this case before an overreaction results in a grave injustice.”

NEW: Miami Herald: He can’t get proper HIV treatment in Venezuela. But he’s being deported anyway. 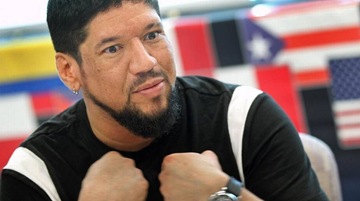 “Afflicted with the human immunodeficiency virus (HIV) that causes AIDS, the gay Venezuelan man showed up in mid-January at the headquarters of the Immigration and Customs Enforcement (ICE) in Miramar to comply with a routine supervision order in place for several years as part of deportation proceedings. Hundreds go through this process regularly. But on this visit, Querales got dreaded news. He was ordered to return at the end of February with passport and plane ticket in hand for voluntary deportation to his homeland.” 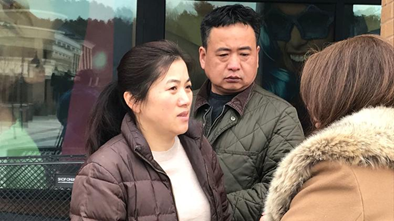 “Huang and Li have been required to buy one-way tickets that would return them to China on Feb. 16, and Huang was fitted with a GPS tracking device on his ankle. The couple has not yet decided whether their children, who do not speak Chinese and have never been to China, will accompany them or stay in the United States with friends, Kane said.” 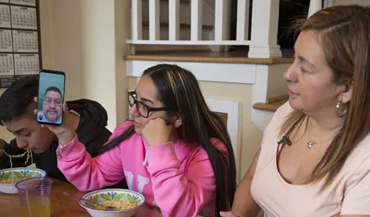 “Jorge Garcia was deported to Mexico on Monday, after living in the U.S. for 30 years. Brought to the U.S. by undocumented family members at the age of 10, Jorge Garcia has lived his entire adult life in the U.S.”

NEW: NPR: A Father, A Husband, An Immigrant: Detained And Facing Deportation 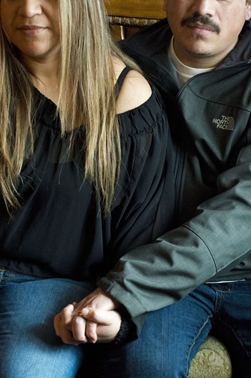 “The agents put Manuel in handcuffs. He asked the officers to let him say goodbye to his wife. He didn't get to say goodbye to his kids. Apart from his illegal entry into the United States, Manuel had not been charged with any crimes.” 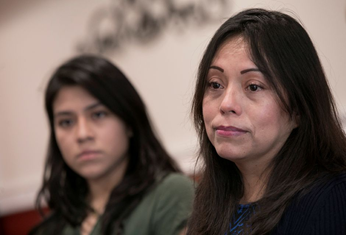 “Cumbicos was unaware she had been issued a final order of deportation in 2002 until she applied for a Green Card in 2015. She was subsequently apprehended by Immigrations & Customs Enforcement agents and issued an ankle bracelet. Her original deportation date was in June, but Cumbicos was granted a temporary stay. On Jan. 22, she was informed her most recent stay request had been denied by the Department of Homeland Security and ICE would be enforcing her deportation orders Feb. 16.”

CNN: Joel Colindres, New Fairfield, Connecticut — A dad with no criminal record, an American wife, and two children faces deportation after more than a decade in the U.S.

“The Colindres family never thought Joel would be a target for deportation. They, along with family, friends, and their lawyer Larry Delgado, maintain his case is typical of a change in the face of those targeted for deportation.”

“Some are asked to check in so ICE can make sure that they are not trying to hide from the system. Others check in because they are facing deportation, and they’re trying one last time to ask for more time to stay. This is exactly what Martin Martinez, a Mexican immigrant who had been living in New York for three decades, was trying to do when he attended his ICE check-in appointment back in June. […] ICE decided to detained Martin Martinez because his plane ticket to Mexico had a layover.”

“’The government itself says it's dangerous,’ said Ford. ‘And just this week a Painesville man recovering from a severe head injury was kidnapped after he was deported there (and is being held for ransom). Why would our immigration people choose that city to send anyone to, especially a mother of four to?’”

“Congregants and area religious leaders are holding prayers for the beloved pastor of an evangelical church near Echo Park, after he was detained by immigration authorities for evading deportation, they claim.

Pastor Noe Carias is being held at an Immigration and Customs Enforcement detention center and faces deportation after a routine check-in with an immigration officer early this week.”

“‘Things are different now,’ he said. ‘I'm sad, but I have to be strong for my family. My wife is frightened because without me she won't be able to make the house payments on her job alone.’

‘He said he can see his whole life — the life he's wanted and worked so hard for — and it's right there in front of him,” Tramonte said. “He was so close. Now they (ICE) are killing his dreams and he does not know what he can do.’”

“A Westchester high school student was detained by federal immigration police on the day of his senior prom, and a day after his mother was taken into custody for deportation, according to officials and family. Diego Ismael Puma Macancela, a 19-year-old Ecuadorean national is a senior at Ossining High School. He arrived in the U.S. with his mother in 2014. They fled their native country because of gang violence.”

“Rodriguez is from El Salvador, where he worked at an engineering firm, but he left the country in 2006, fearing for his life, after gangsters murdered one of his colleagues…Each year since, however, officials at the Department of Homeland Security have granted him a stay against removal, after he has met with them to insure that he has remained a resident in good standing. This spring, however, following the election of Donald Trump, ICE agents, who are part of D.H.S., sent a different message: Rodriguez needed to buy himself a ticket to El Salvador and volunteer to surrender for deportation. An invitation that had been a routine check-in in previous years suddenly became an order to leave the country.”

Michigan Radio: Jose Valle-Rodriguez, Ypsilanti, Michigan — Detained on May 24th while shopping with wife and children.

“Valle-Rodriguez fled from El Salvador when he was 17-years-old. A judge ordered him deported in 2005 after he missed an immigration hearing. But Thomson says the 31-year-old never got a notice for the hearing because of a clerical error.

On May 24th, Immigration and Customs Enforcement agents detained Valle-Rodriguez in a parking lot, while he was out running errands with his wife and their two-year-old son.”

“Nury Chavarria sought sanctuary in the church on July 20 instead of boarding a flight to Guatemala as she had been instructed to by ICE. Chavarria has been living in the United States for 24 years, longer than she had lived in Guatemala. She is a single mother of four children. Her youngest daughter Hayley is 9-years old and staying with her at the church. In a press conference the night they arrived at the church, Hayley Chavarria appealed directly to President Donald Trump to keep her mother in the country: ‘My mother, Nury Chavarria, is someone I love more than anyone in the world. She’s not a criminal, she has a positive attitude about everything. I want her to stay because I love her so much.’”

Las Cruces Sun-News: Francia Elena-Castaño—Mother of two sons, was deported without getting the opportunity to say goodbye to her family.

“Francia Elena-Castaño, the mother of two sons and a longtime member of Our Lady of Health Catholic Church in Las Cruces, was deported without getting the opportunity to say goodbye to her family, NM Comunidades en Acción y de Fé (CAFé) said in a press release Thursday. Neither her lawyer or family were notified, the group said.”

WRAL: Mosa Hamadeesa — Father of four and caretaker for his 9-year-old daughter, who has a rare medical condition.

“Friends of Hamadeesa, who is a Palestinian, says he was running for his life when he left the West Bank of Israel. ‘A great guy, a family guy, a provider,’ said Mohamed Alminifi, a friend of Hamadeesa. ‘He paid his taxes. He's extremely clean. He doesn't even have a traffic ticket.’ Hamadeesa is now a manager at an auto-repair shop in Apex. ‘He's a master mechanic, he's not a regular mechanic,’ said Mohammad Ali, Hamadeesa's boss. But Hamadeesa’s most important role is as a husband, father of four and caretaker for his 9-year-old daughter, Nadine, who has a rare medical condition. ‘She's extremely attached to her father,’ Alminifi said.”

WBAL TV: Jesus Peraza — Detained by immigration officials after dropping his son off at school.

“The case of a Baltimore immigrant, which was made prominent by his arrest outside his son's school, took a new turn Thursday. Jesus Peraza is dropping his fight in the court to stay in the U.S., which puts him at risk of immediate deportation. Peraza has now been in jail for nearly three months. He was arrested by Immigration and Customs Enforcement agents in March after dropping off his 10-year-old son, Anderson, at school in southeast Baltimore.”

The Inquirer: Jonatan Palacio — Entered the country as an unaccompanied minor 11 years ago and now faces possible deportation.

“Palacios had left his hometown of Comayagua at 16 and crossed the Mexico-U.S. border as an unaccompanied minor, fleeing a life of abuse and abandonment by his father and severe poverty…When he crossed the border, she said, ‘he was apprehended immediately.’ As an unaccompanied minor, he was released to his cousin, a U.S. citizen who lived in Radnor. But Palacios later missed a court date and a Philadelphia immigration judge in 2008 issued an order for his deportation.”

“A man told to come to immigration headquarters with a ticket to Mexico on Tuesday will have to wait a few more days for a decision on whether or not he will be allowed to stay in the United States. … He was told to arrive with a plane ticket in hand, should authorities decide not to grant him a stay of removal and instead send him back to Mexico immediately.”