FACT CHECK: Republicans Are Lying About Student Loan Relief After Siding With The Wealthy Elite

Republicans are desperately lying about President Biden fulfilling his campaign promise to provide targeted student debt relief to working- and middle-class families. Here’s the truth, and then you tell us who is on the side of working families and who is on the side of the wealthy elite:

FACT: Nearly 90 percent of the benefits from President Biden’s actions will go to Americans making less than $75,000 a year, and nobody making over $125,000 will see their debt canceled. 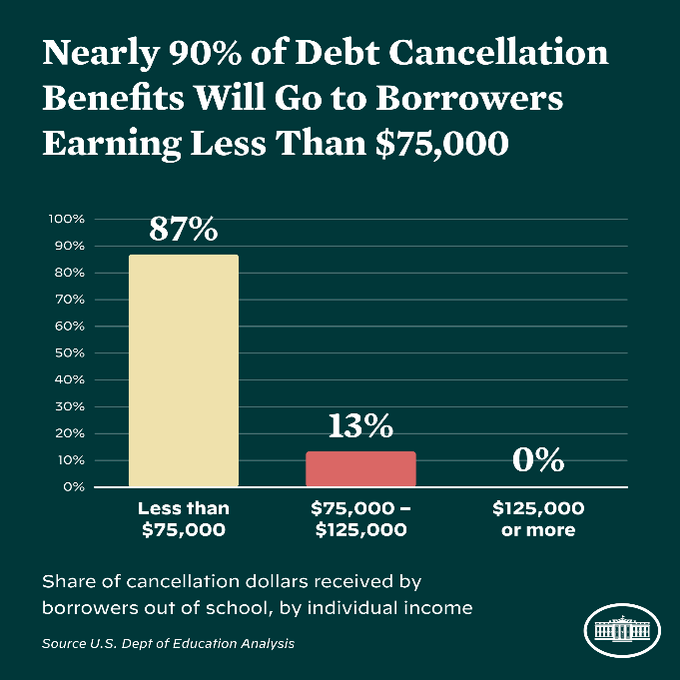 FACT: President Biden’s actions will help borrowers who need it most. Pell Grant recipients, who primarily come from families making less than $60,000 a year, will see up to $20,000 in loan forgiveness. 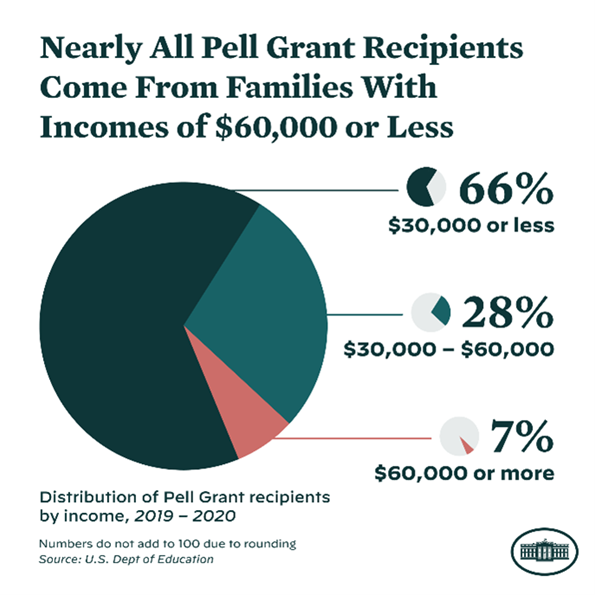 FACT: Every single House and Senate Republican just voted to side with Big Pharma and wealthy tax cheats because they oppose lowering prescription drug costs for millions of Americans.

NPR: “No Republicans voted for the bill… On health care, the bill enables the federal health secretary to negotiate the prices of some drugs for Medicare. It also caps out-of-pocket prescription drug costs for people on Medicare at $2,000, effective in 2025.”

FACT: Republicans gave away massive government handouts to corporations and the ultra-wealthy elites in 2017.

Time and again, the GOP has made clear that they are more interested in siding with wealthy elites than with hardworking Americans. The American people know the truth and they simply cannot afford their extreme agenda.