Republicans in Congress are refusing to end Trump’s inhumane family separation policy, which is tearing children from their mothers and fathers at the southern border.

Here are stories of families who have been devastated by Trump’s policy, which rips children from their parents’ arms: 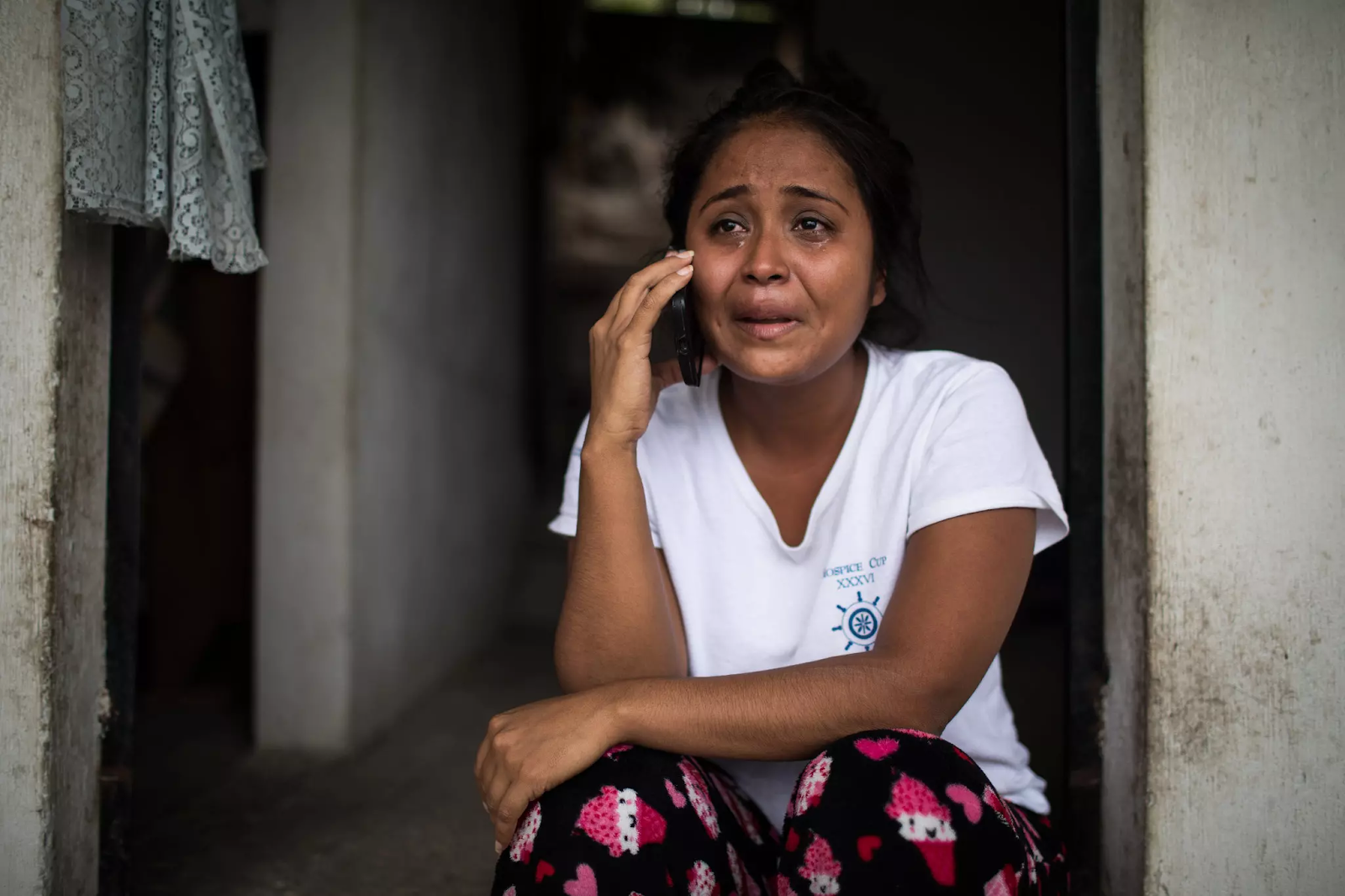 New York Times: ‘I Can’t Go Without My Son,’ a Mother Pleaded as She Was Deported to Guatemala

“They’d had a plan: Elsa Johana Ortiz Enriquez packed up what little she had in Guatemala and traveled across Mexico with her 8-year-old son, Anthony. In a group, they rafted across the Rio Grande into Texas. From there they intended to join her boyfriend, Edgar, who had found a construction job in the United States.

“Except it all went wrong. The Border Patrol was waiting as they made their way from the border on May 26, and soon mother and son were in a teeming detention center in southern Texas. The next part unfolded so swiftly that, even now, Ms. Ortiz cannot grasp it: Anthony was sent to a shelter for migrant children. And she was put on a plane back to Guatemala.”

“Four days ago, a Homeland Security official proclaimed: ‘We are not separating babies from parents.’

“Yet in the middle of the night, two baby boys arrived in Grand Rapids after being separated from their immigrant parents at the southern border weeks ago.

“One child is 8 months old; the other is 11 months old. Both children have become part of a bigger group of 50 immigrant children who have landed in foster care in western Michigan under the Trump administration's zero-tolerance border policy.”

CNN: She says federal officials took her daughter while she breastfed the child in a detention center

“The undocumented immigrant from Honduras sobbed as she told an attorney Tuesday how federal authorities took her daughter while she breastfed the child in a detention center, where she was awaiting prosecution for entering the country illegally.

“When the woman resisted, she was handcuffed, Natalia Cornelio, the attorney with the Texas Civil Rights Project, recalled from her interview with the woman, who had been detained under the Trump administration's zero-tolerance policy to refer anyone caught crossing the border illegally for federal prosecution.”

ABC: US foster parents of separated immigrant children 'don't know how much worse it could be'

“When the 9-year-old Guatemalan boy arrived at a Michigan foster care home, he was so afraid he couldn't eat.

“Over time, the boy confided to his foster parents, Karl and Jen, that he and his father had escaped violence and poverty in their homeland only to be greeted with more hardship when they arrived at the U.S.-Mexico border, where he watched his dad being taken from him in handcuffs.”

Washington Post: Her 7-year-old was taken at the border as she sought asylum. Now she’s suing to get him back.

“Mejia-Mejia fled Guatemala seeking the asylum in the United States after facing violence and death threats from her husband toward her and her son, the lawsuit states. The two crossed the border near San Luis, Ariz., on May 19 and were placed in a holding cell after surrendering to U.S. Border Patrol agents.

“Two days later, her son, who is named as ‘D.M.’ in the complaint, was taken from her.”

“U.S. Border Patrol agents separated a 4-month-old baby from its father months before the Trump administration launched its controversial ‘zero tolerance’ policy of separating families at the U.S. border, a legal services nonprofit has said.

“The Texas Refugee and Immigrant Center for Education and Legal Services (RAICES) said a father who entered the U.S. from Mexico with his 4-month-old baby to request asylum was ‘immediately separated’ from his child, with the baby being taken into the custody of the Office of Refugee Resettlement (ORR), a branch of the Department of Health and Human Services (HHS).”

Washington Post: A family was separated at the border, and this distraught father took his own life

“A Honduran father separated from his wife and child suffered a breakdown at a Texas jail and killed himself in a padded cell last month, according to Border Patrol agents and an incident report filed by sheriff’s deputies.

“The death of Marco Antonio Muñoz, 39, has not been publicly disclosed by the Department of Homeland Security, and it did not appear in any local news accounts. But according to a copy of a sheriff’s department report obtained by The Washington Post, Muñoz was found on the floor of his cell May 13 in a pool of blood with an item of clothing twisted around his neck.”