Yesterday, while Indiana Republicans began a special legislative session to further restrict access to abortion following conservatives on the Supreme Court overturning Roe v. Wade, Vice President Kamala Harris convened more than 30 state lawmakers in Indiana to call out Republicans for working to outlaw abortion with limited exceptions and discuss the fight to protect reproductive rights. As the Biden-Harris administration and Democrats in Congress work to protect reproductive freedoms and access to safe abortions, Republicans across the country continue pushing a dangerous, extreme, and wildly unpopular agenda that would ban abortion — even in cases of rape and incest. Here’s what Hoosiers are reading this morning following the vice president’s visit: 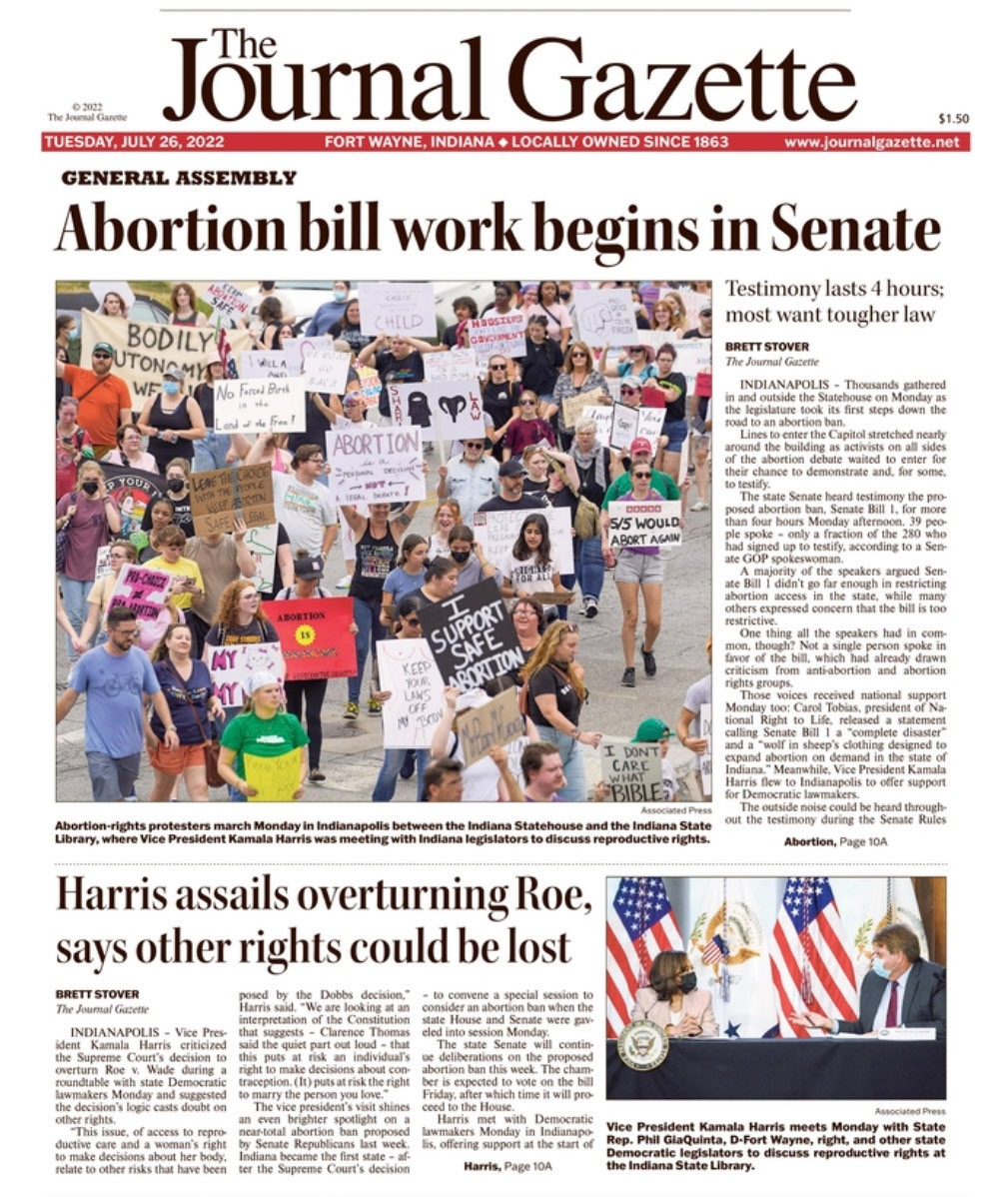 IndyStar: Vice President Kamala Harris Meets With Indiana Lawmakers On Abortion Rights“‘We stand with the women of Indiana,’ Harris said. ‘We trust the women of Indiana to make decisions about their own lives without requiring their government to tell them what to do with their bodies.’“Harris has met with many state legislators across the country – a national tour of sorts – to discuss reproductive rights. This month, she visited North Carolina, West Virginia and Pennsylvania.”

FOX Indianapolis: VP Harris Gives Abortion Access Remarks Ahead Of Indiana’s Special Session“‘Around our country, we are seeing indeed many states, since the Dobbs decision and attempting even before, to criminalize health professionals, to punish women, states that are creating no exception for rape or incest,’ [Harris] said.“‘I am a former prosecutor. I specialized in crimes against women and children. I specialized in child sexual assault cases,’ Harris added. ‘The idea that in some states, after a child, a woman or a man, but in particular on this case of abortion, a woman or a child would have endured such an act of violence, and then to suggest that she would not have the autonomy and authority to make a decision about what happens to her body is outrageous.’”

WISH-TV: Vice President Harris Joins Indiana Democrats Push To Stop Abortion Ban“‘The parameters that are being proposed mean that for the vast majority of women, by the time she realized that she is pregnant, she will effectively be prohibited from having access to reproductive health care that would allow her to choose what happens to her body,’ the Democrat vice president said.”