Trump’s sabotage of the Affordable Care Act has already raised health care costs and reduced access to care. With the nomination of Judge Kavanaugh, who believes that a president can refuse to enforce the ACA, Trump aims to ensure that the Supreme Court will  do nothing to stop Republican efforts togut the law that has given millions of Americans access to affordable health care.

The Trump administration is slashing funding to groups that help Americans sign up for health insurance.

New York Times: “The Trump administration announced on Tuesday that it was slashing grants to nonprofit organizations that help people obtain health insurance under the Affordable Care Act, the latest step in an escalating attack on the law that threatens to destabilize its insurance markets.”

The Trump administration is urging these groups to promote junk plans that don’t cover as many benefits as the ACA requires.

New York Times: “The administration is not only cutting grants to navigators, but fundamentally changing their mission. They will, for the first time, help people enroll in health insurance plans that do not comply with the consumer protection standards and other requirements of the Affordable Care Act.”

Huffington Post: “Going forward, it will encourage navigators to educate consumers about skimpier alternatives to traditional insurance ― including short-term, limited-duration plans that frequently leave out basic benefits, such as prescription drugs, and are unavailable to people with pre-existing conditions.”

Americans are already concerned about Trump's efforts to undermine protections for people with pre-existing conditions and now face the prospect that his Supreme Court nominee will gut the ACA.

New Yorker: “It is courts—not Presidents—who ‘deem’ laws unconstitutional, but not, apparently, in Kavanaugh’s view. President Trump’s sabotage of the A.C.A. comes right from Kavanagh’s approach to the law.”

“Without insurance or coverage, I would not be able to have the treatments I need to live a productive life. I know I need these to survive.” – Connecticut patient 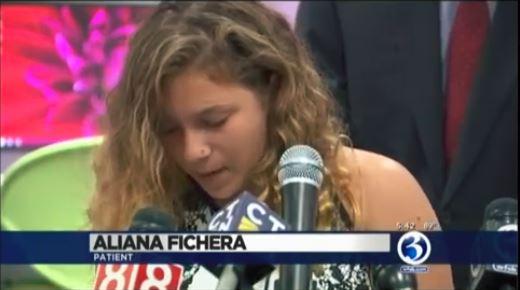