Yesterday, President Biden traveled to Wilkes-Barre, Pennsylvania, where he emphasized that while MAGA Republicans voted against funding law enforcement, Democrats are investing in making our communities safer.

Here’s a look at what voters across Pennsylvania are reading this morning about the president’s visit: 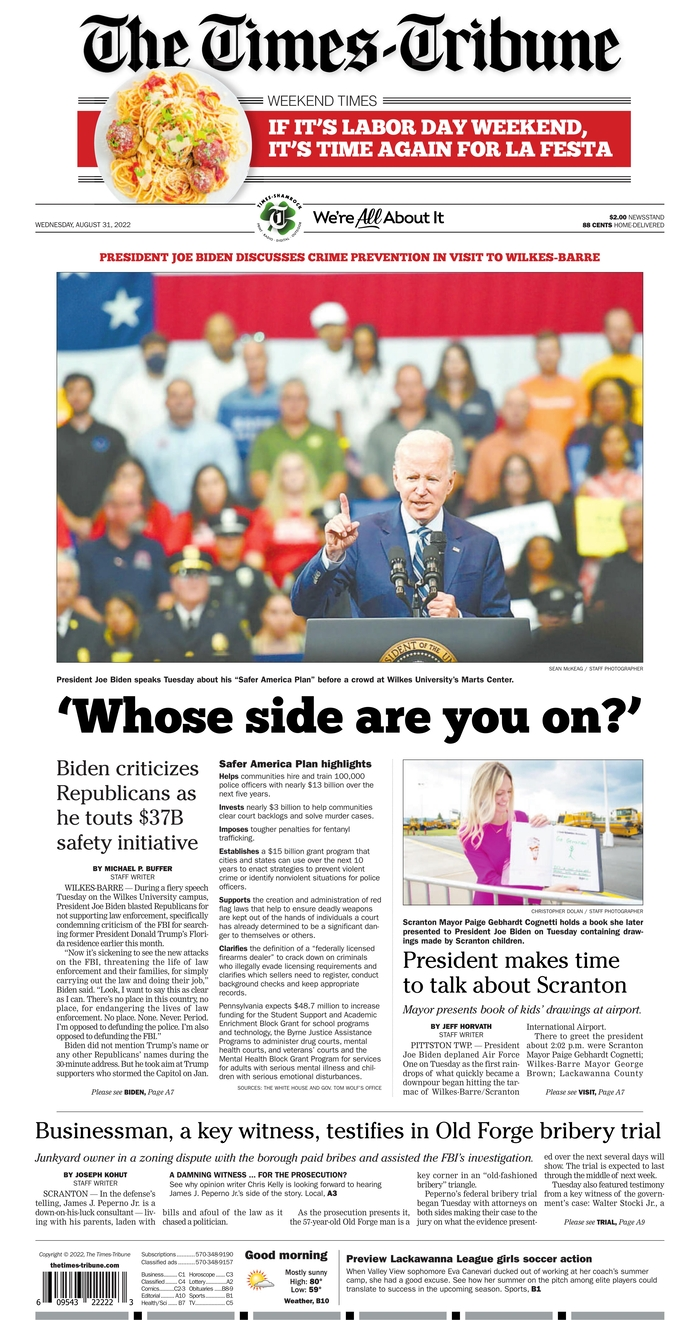 “Biden spent several minutes at the end of his rally contrasting his work to add 100,000 police officers to America’s communities, strengthen gun control and advance mental health issues with the rioters who stormed the capitol and those who defend them. … He framed his policy as supporting robust community policing, while hedging with language about bad policing being held accountable.”

“Biden came to Wilkes University to tout his Safer America Plan. He and Democrats are trying to gain the upper hand over Republicans on which party can best tackle crime and protect communities from gun and drug violence. The president called for $13 billion to hire and train 100,000 new police officers, money for enhanced mental health counseling in schools and communities, and harsher punishments for dealing fentanyl.”

“President Biden discussed his ‘Safer America Plan’ which funds the police, invests in crime prevention, and takes additional steps on keeping dangerous guns out of the wrong hands.”

Wilkes-Barre Times Leader: ‘We beat the NRA … And I’ll do it again’

“Biden is the first president in nearly 30 years to garner bipartisan support on a comprehensive gun violence prevention package. He signed the Bipartisan Safer Communities Act into law in late June. Gov. Tom Wolf advocated for the package as it moved through Congress, and shared his relief when it was signed into law.”