MAGA AGENDA: The GOP is Wildly Out of Touch with Americans on Gun Safety Policy

In the wake of last week’s tragedy in Uvalde, where nineteen children and two teachers were gunned down, Republicans have once again made clear they are choosing the gun lobby over our nation’s children. It’s clear that MAGA Republicans’ extreme agenda on guns isn’t just dangerous, it’s wildly out of touch with the American people. 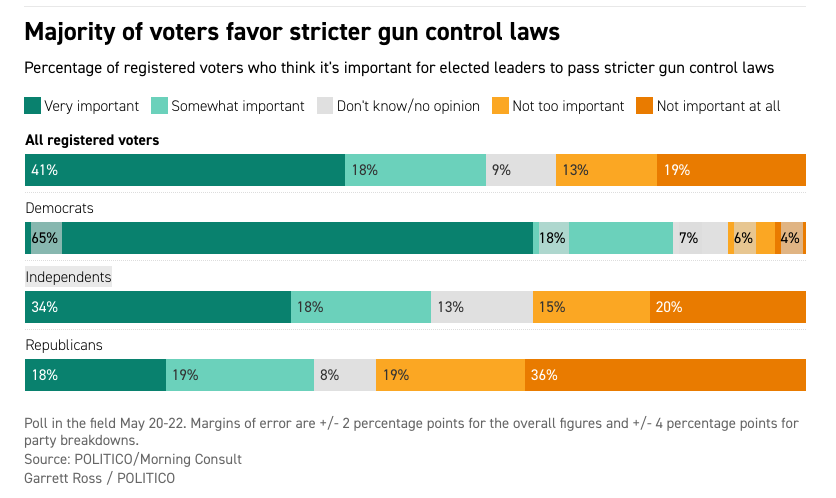 Vox: “Roughly 80 to 90 percent of Americans support universal background checks, which would mean all sellers would have to verify that a person doesn’t have a history of violent crime or domestic abuse before they can buy a gun.”

Vox: “There’s also overwhelming support on both sides of the aisle (85 percent of Republicans and 90 percent of Democrats) for stopping those with mental illness from buying a gun.”

Vox: “Bans on assault weapons and high-capacity ammunition magazines have an approval rating of over 60 percent in the US, according to Pew.”