This July 4th, gas prices will be at their highest level in four years and cost drivers over $1 billion more than last year. Trump claimed to have “tremendous power over” gas prices, but where is he now?

Instead of working to lower gas prices, Trump and Republicans have given massive tax breaks to the rich and big corporations, which they promised would trickle down to working families. Instead, CEOs used their massive corporate tax cuts to enrich themselves and their wealthy shareholders in record numbers, not their workers.

In fact, the extremely limited benefits Trump and Republicans claimed they gave to working families have already been more than offset by soaring gas prices. A majority of Americans say they have yet to see their paychecks increase as a result of the Trump tax law, yet they are having to pay an average of $65 more every month for gas.

While Trump and Republicans continue to help only CEOs and big corporations, Democrats will fight harder than ever to build a brighter economic future for all Americans.

Americans across the country are feeling the pain from raising gas prices.

“With these gas prices getting so high it takes away from me doing other things that I need to take care of and stuff like that.” – Nevada driver 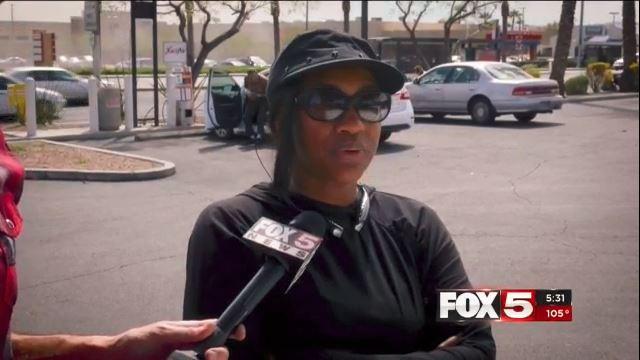 “It takes from your general resource pot, which means you have less to spend on your children, on your house, on travel, or fun — or for savings for that matter. It's just another burden.” – Kansas driver 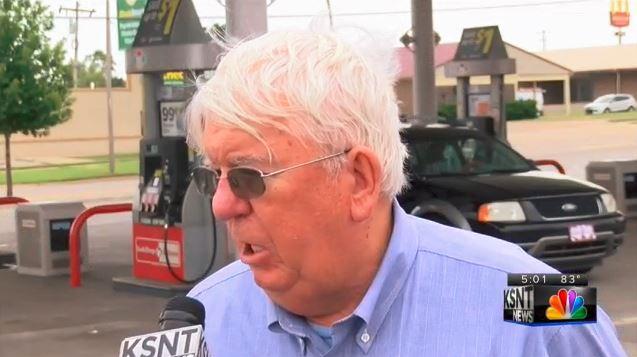 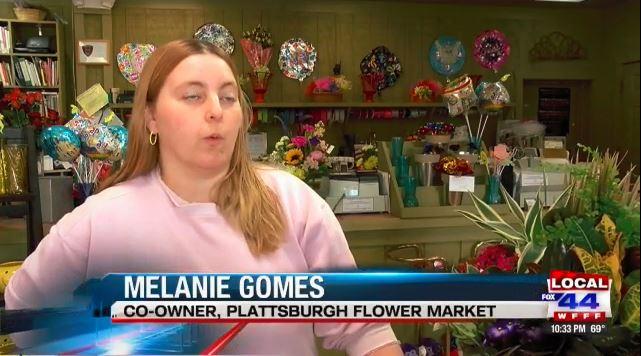 “I’m not going traveling as much as I used to so it’s definitely affecting me.” – New York driver 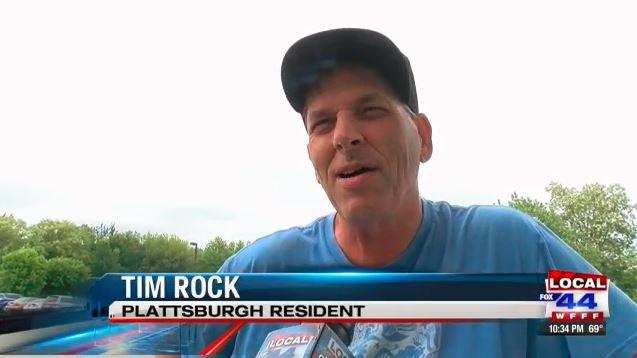 “If the gas keeps going up, I don’t know what I’m gonna do, I’m going to start limiting where I’m going.” – New York driver 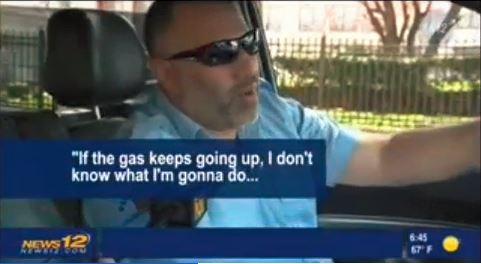 “I travel in the summer, we drive, you know, places, so it’s a consideration, of course.” – New York driver 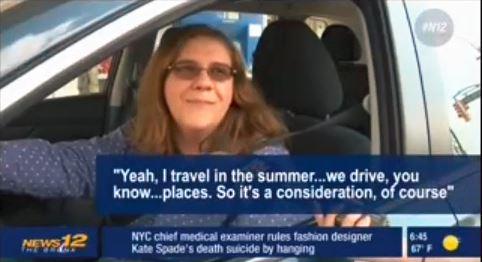 “They're getting really expensive and it's kind of hard to do other things because gas is taking a lot of money out of my pocket.” – Alabama driver 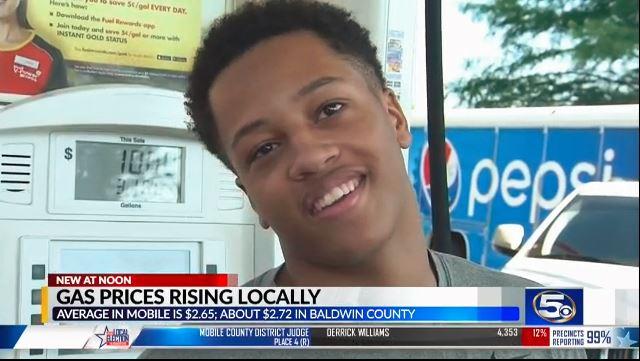 “It's definitely affecting my commute to work every day. I mean, I’m spending at least ten dollars more a week, so that's 40 dollars more a month.” – Tennessee driver 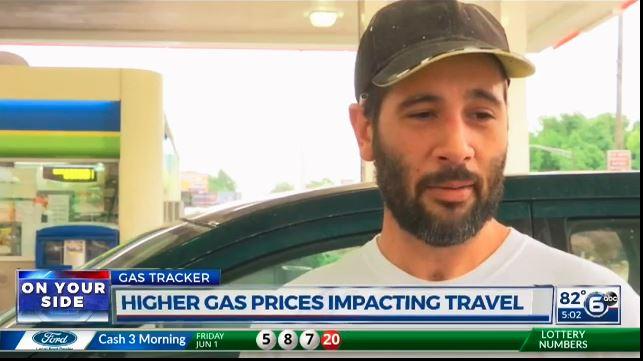 “It makes it very inconvenient, yes it does. It limits going places, you know, you try to do everything at one time while you're out because you can’t go in and out, in and out.” – Tennessee driver 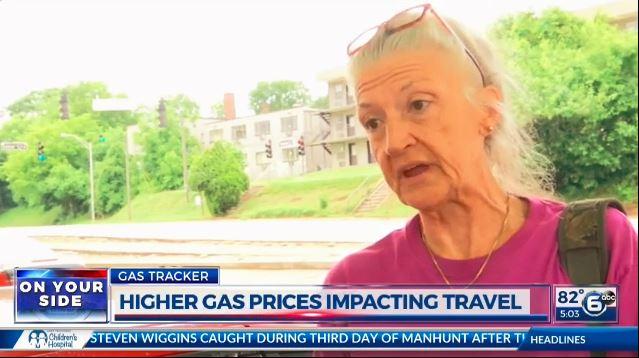 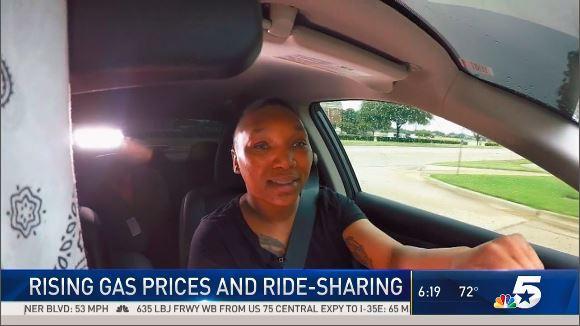 “It affects everything…if you want to go on vacation, the money you would spend to go on it, you gotta put in gas. It takes more to go than it did last year.” – Louisiana driver 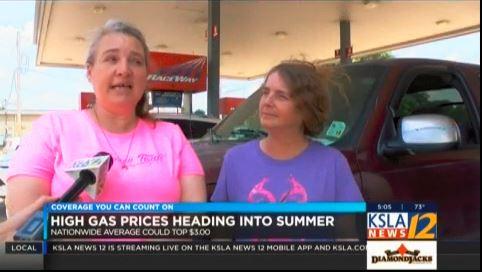 “I'm outraged, my summer is going to be a bomb, and I won't be able to jump in the car and go have fun every weekend like I'd like to. It's going to be too expensive.” – Nevada driver 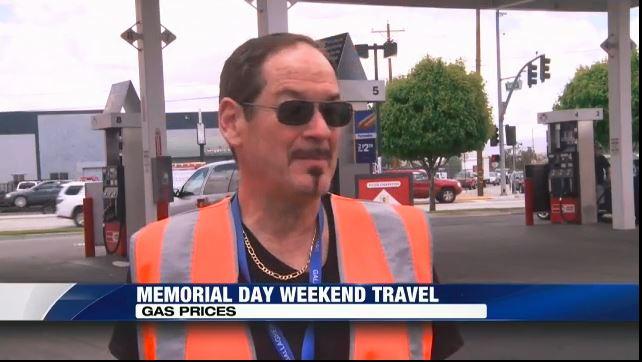 “It's a big difference, so we were debating if going home or kind of just hanging out here.” – New Mexico driver 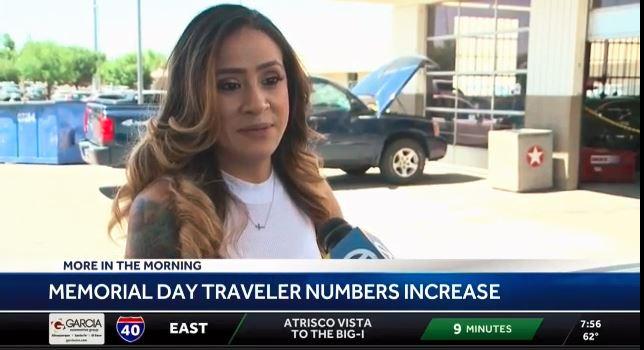