Yesterday, President Biden visited the Detroit Autoshow in Michigan to tout the electric vehicle manufacturing boom in America and the manufacturing jobs it will create in Michigan and across the country thanks in part to Democrats’ Inflation Reduction Act – which every congressional Republican voted against.

Here’s a look at what voters across Michigan are reading this morning about Biden’s commitment to bring manufacturing back to America: 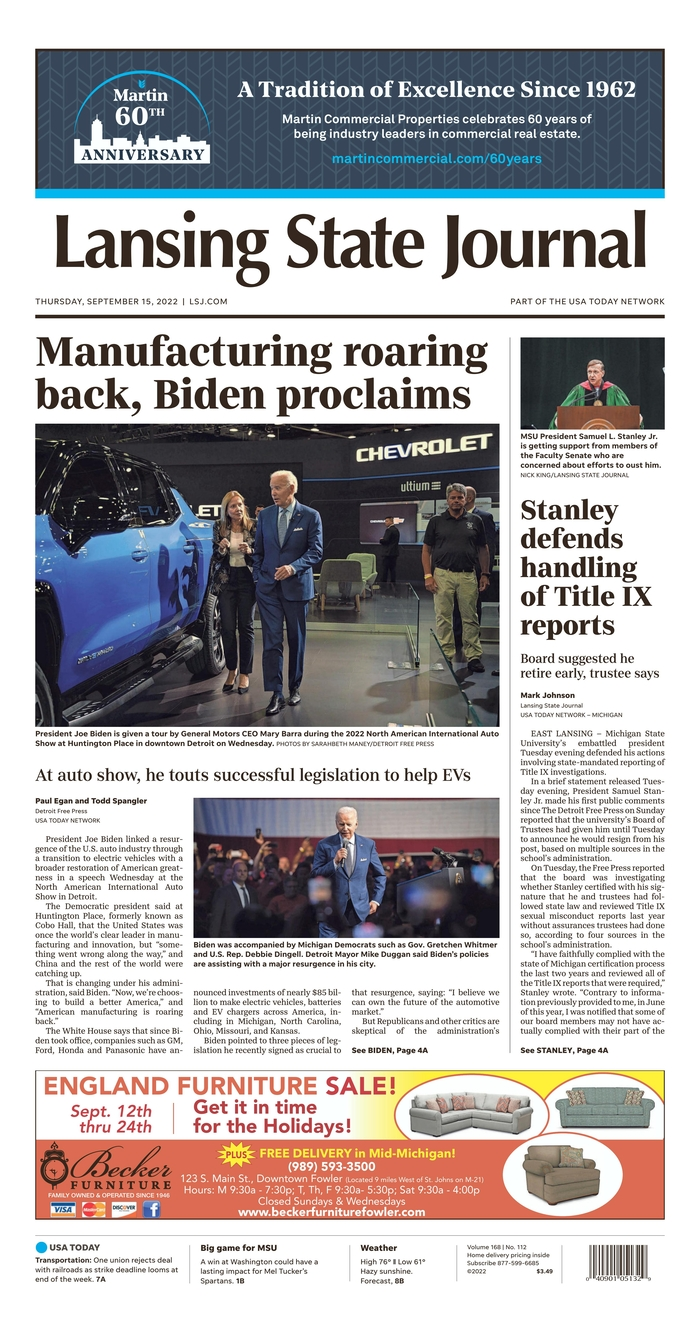 “In the long run, electric drivers will save money when not paying for gas. Charging locations and the power grid will dictate the future of EVs.”

“‘The Great American Road Trip is going to be fully electrified,’ said Biden, ‘Whether you’re driving coast-to-coast on I-10 or I-75 here in Michigan, charging stations will be as easy to find as gas stations are now.’”

“Biden spoke of America’s recent history of manufacturing job losses after dominating global gas-fueled engine production for almost a century. He said a reinvigorated industry can rebuild the economy into ‘a clean-energy economy,’ one that can power the U.S. to lead in electrical-vehicle development, production and use, he said. ‘We can own the future of the automobile market,’ Biden said to a crowd of several hundred gathered in a Huntington Place auditorium.”

“Detroit Mayor Mike Duggan said Biden’s policies are assisting with a major resurgence in Detroit, one that he said involves not just new manufacturing plants but will soon include removal of the abandoned Packard Automotive Plant, a longtime city eyesore. ‘This is what happens when you have a president and a governor and a mayor who all believe Detroit can lead the world in manufacturing,’ Duggan said.”

“‘I’m here because I’m a car guy,’ he [President Biden] said. ‘These vehicles are some of the reasons I’m optimistic about the future.’”

“Biden praised union workers for ‘working like hell’ and being a reliable labor investment, noting union labor is quality and long-lasting.”

In Detroit, Biden announced approval of the first $900 million in infrastructure money to build EV chargers across 53,000 miles of the national highway system in 34 states and Puerto Rico. ‘The great American road trip is going to be fully electrified,’ Biden said.”

“President Joe Biden announced funding for Michigan and 34 other states to start building hundreds of thousands of electric vehicle charging stations. ‘When you see these big projects in your hometowns I want you to feel the way I feel, and I really mean it: pride,’ Biden said Wednesday at the Detroit Auto Show.”

“Under the new law, electric vehicles must be built in North America to be eligible for a federal tax credit of up to $7,500. Batteries for qualifying vehicles also must be made in North America, and there are requirements for battery minerals to be produced or recycled on the continent. The credits are aimed at creating a U.S. electric vehicle supply chain and ending dependence on other countries, mainly China.”