Washington, DC –  The DNC today released a new paid ad telling the story of nurse-practitioner Patricia Caplinger, whose medical device was implanted in a non-FDA approved way, but who was denied her day in court by Neil Gorsuch. Gorsuch instead ruled in favor of the multi-billion dollar corporation who encouraged incorrect implementation of the device. 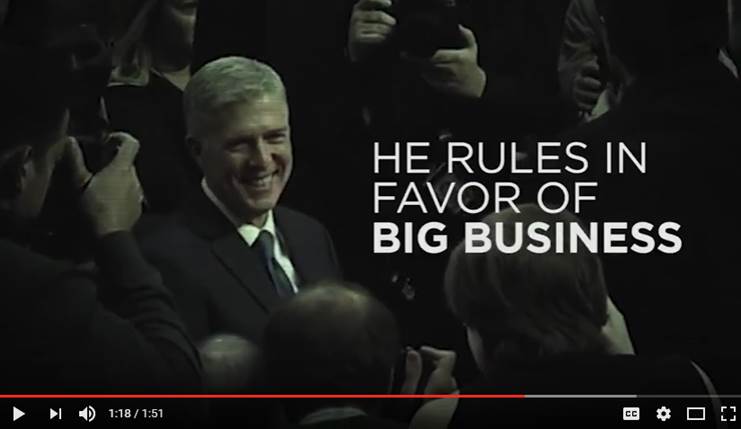