South Dakota GOP Governor Kristi Noem is out of step with her constituents when it comes to her extreme views on gun safety and abortion access.

A new poll by the South Dakota News Watch found that a majority of South Dakota voters support commonsense gun control measures like raising the minimum age requirement to purchase AR-15’s — a semi-automatic rifle designed for military combat — to 21 years old. Yet Noem has actually loosened gun laws during her tenure as governor and is wildly out of step with her own constituents on this key issue. 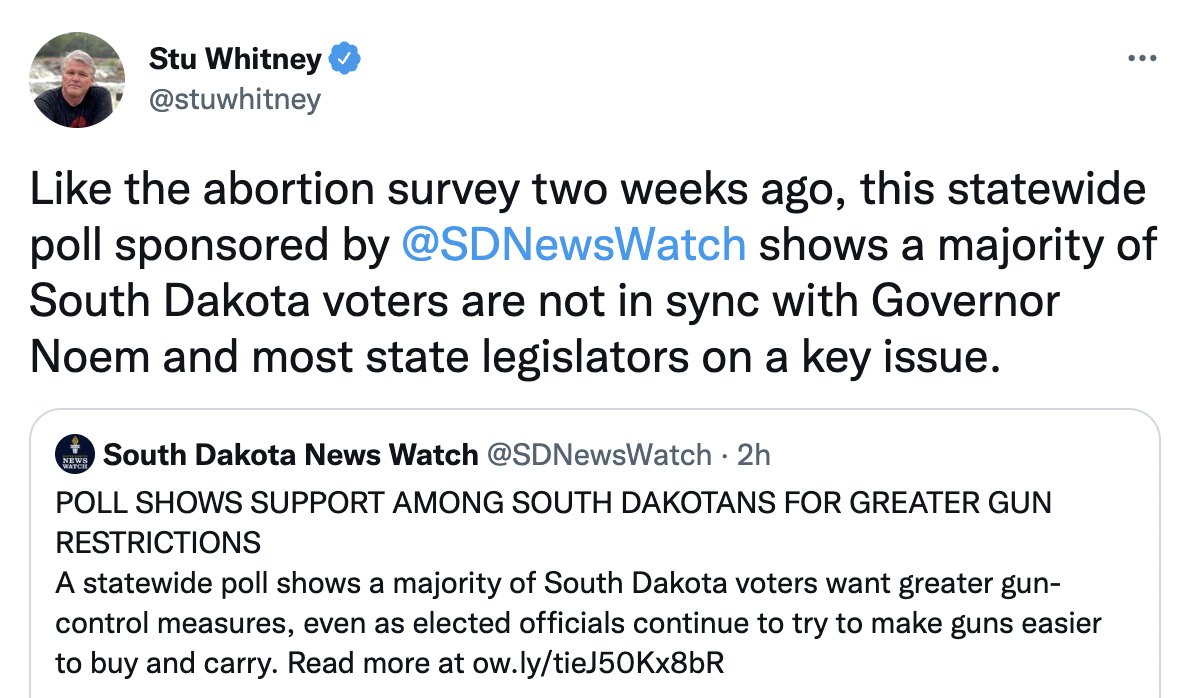 South Dakota News Watch: “More than three-fourths (76%) of those polled support allowing legal abortion in cases of rape and incest, an exception not currently allowed under South Dakota’s laws”

Noem has even gone so far as to say that she supports a law that would force a 10-year-old rape victim to give birth to their rapist’s child. But the polling numbers bear it out: South Dakotans simply do not want the extreme agenda Noem is offering.

CNN: “South Dakota governor defends state’s abortion ‘trigger’ ban when asked if 10-year-old should be forced to give birth”

Let’s be perfectly clear: Kristi Noem is too extreme for South Dakota — be it on gun control, abortion or otherwise.