Yesterday, Donald Trump made clear that his loyalties lie with Vladimir Putin rather than with U.S. intelligence agencies and the American people. Just days after 12 high-ranking Russian intelligence officers were indicted for their attack on American democracy, Trump stood next to Putin and refused to call on Russia not to attack us again. Today, newspapers across the country are decrying Trump’s shameful display of cowardice and capitulation.

Here’s a look at some of the headlines Americans across the country woke up to this morning on the front pages of their local newspapers: 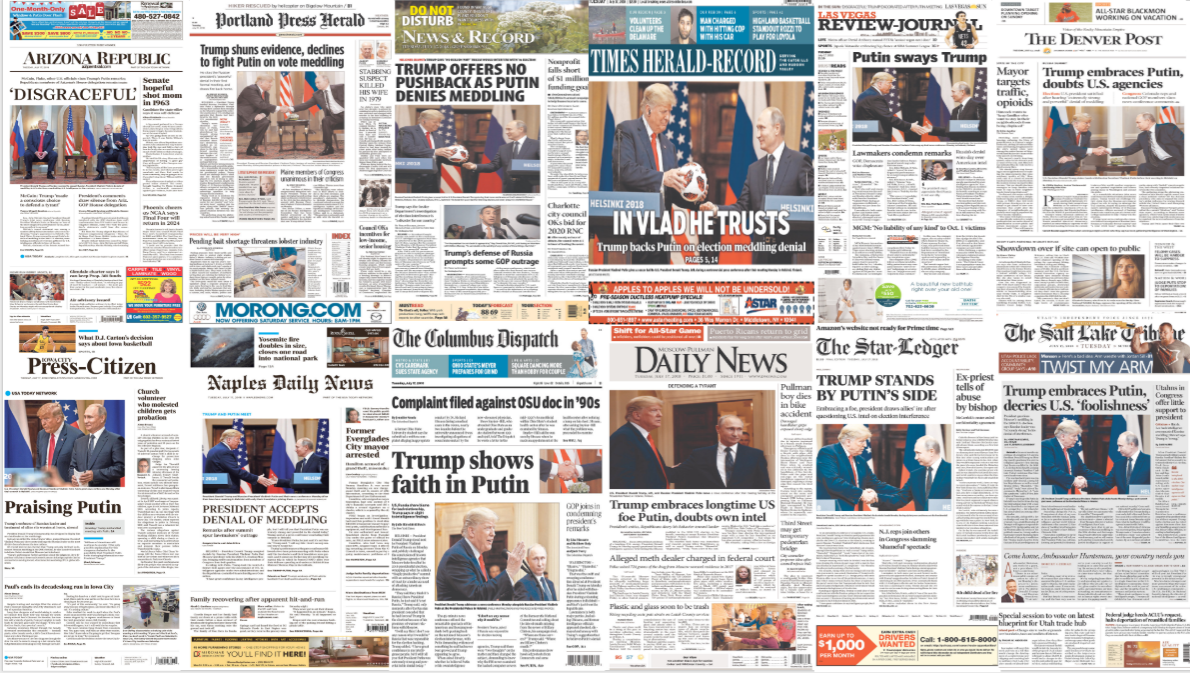