Last night, as he announced his third run for president, Donald Trump made ZERO MENTION of his extreme record on abortion. Meanwhile, his former MAGA wingman, Mike Pence, is leaning into his anti-choice record more than ever.

Days ago, Mike Pence went on national television saying he believed the Trump-Pence administration’s “greatest accomplishment was three Supreme Court justices” who overturned Roe v. Wade and ripped away a woman’s right to make her own health care decisions. 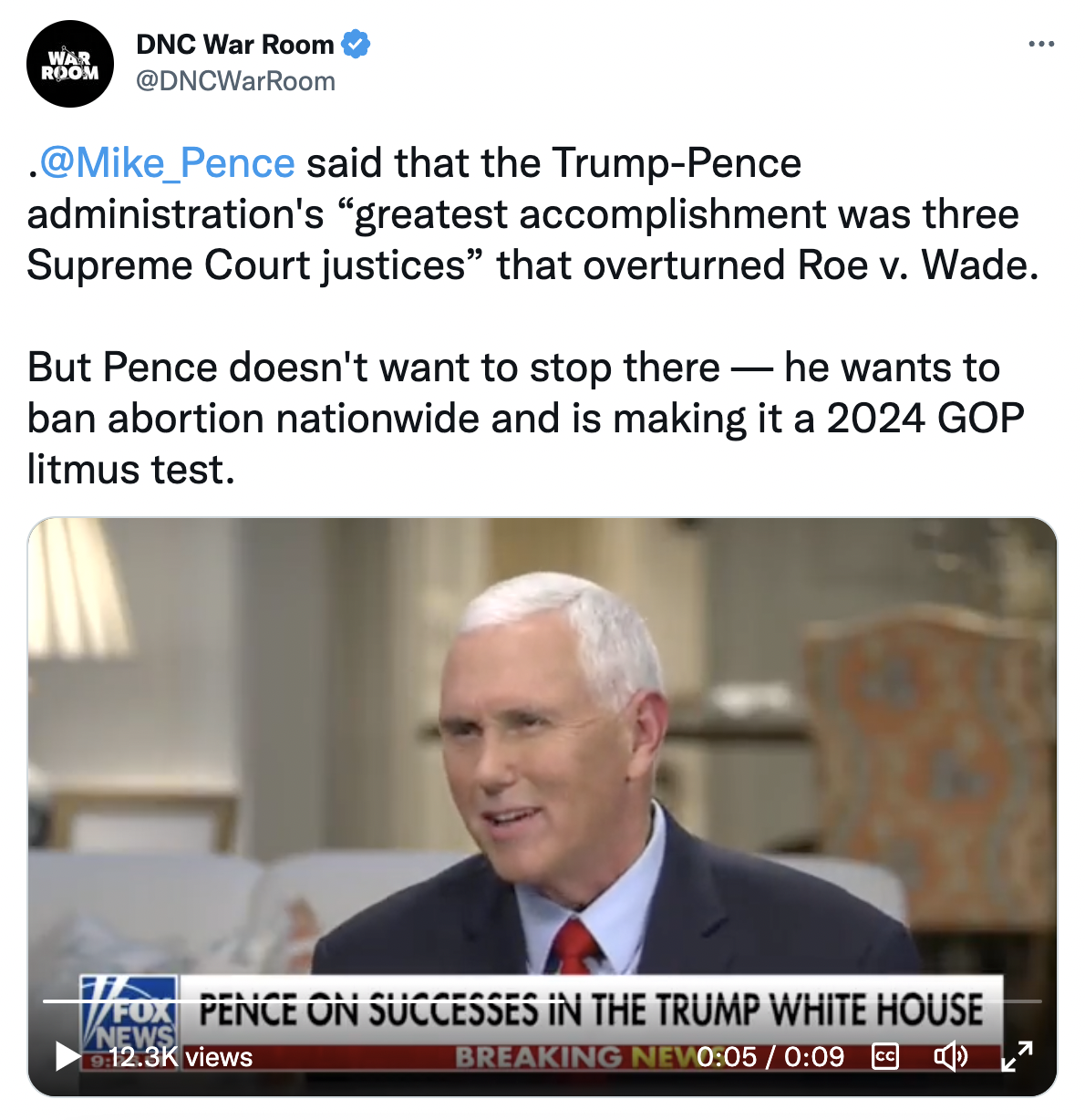 In fact, Mike Pence has long said he is unapologetic about his radical plan to ban abortion in all 50 states.

Mike Pence: “I’ve often said I’m pro-life… I don’t apologize for it. I’d love to see the sanctity of life restored to the center of American law in all 50 states.”

Mike Pence: “I welcome any and all efforts to advance the cause of life in state capitals or in the nation’s capital…And I have every confidence that the next Republican president, whoever that may be, will stand for the right to life.”

Yet Donald Trump has been running from his own extreme record on abortion. But we’re here to remind you what his record is — Trump himself said there should be “some form of punishment” against women who have abortions.

Donald Trump: “There has to be some form of punishment [for women who have abortions].”

Make no mistake: Trump might be running from his own record, but he and Pence are no different — they are both simply too extreme for America.