A new poll shows that a majority of voters — 58 percent — believe that Trump is not doing enough to help middle-class Americans. They’re right. Trump promised that his tax law would be a “middle-class miracle.” Instead, the Trump tax law gives more than 80% of the benefits to the top 1% by the end of the decade and has not helped workers.

Workers have not benefited from the Trump tax law and real wages for workers have actually declined.

New York Times Editorial Board: “And what happened to that promise of a big raise for workers? No sign of it yet. The typical family would earn $3,000 to $7,000 more a year, the White House Council of Economic Advisers said. In fact, real wages are down, largely thanks to the rising price of oil, which has more than offset any modest increase in income.” 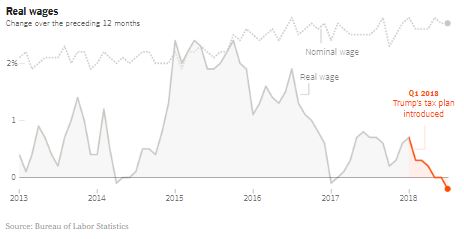 CEOs have used massive corporate tax cuts to enrich themselves and their wealthy shareholders, not their workers.

New York Times Editorial Board: “The most notable outcome of the tax law is one that few Republicans talked about: Companies are buying back their own stock — a lot of it. Stock buybacks are expected to reach a record $1 trillion this year. … Share buybacks have an understandable appeal to executives, many of whom are compensated with stock themselves, and to investors. But buybacks do little for workers, most of whom own little or no stock.” 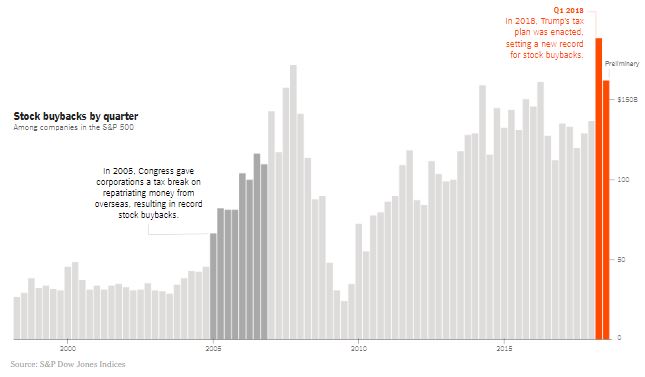