As President Joe Biden signed the historic CHIPS and Science Act into law today, let’s not forget that a majority of congressional Republicans voted to side with China over the American people.

33 Senate Republicans, 187 House Republicans, and the Chinese Communist Party all opposed the CHIPS and Science Act — legislation that will lower costs and bring manufacturing jobs back to America.

The Hill: “House Republican leadership [urged] members of its conference to vote against a bill to bolster the domestic chip manufacturing industry… a reversal from its position earlier in the day that [came] hours after Senate Democrats struck a deal on a multibillion-dollar reconciliation package.”

This is despite the fact that a majority of Americans across party lines overwhelmingly support the key provisions of the CHIPS and Science Act. 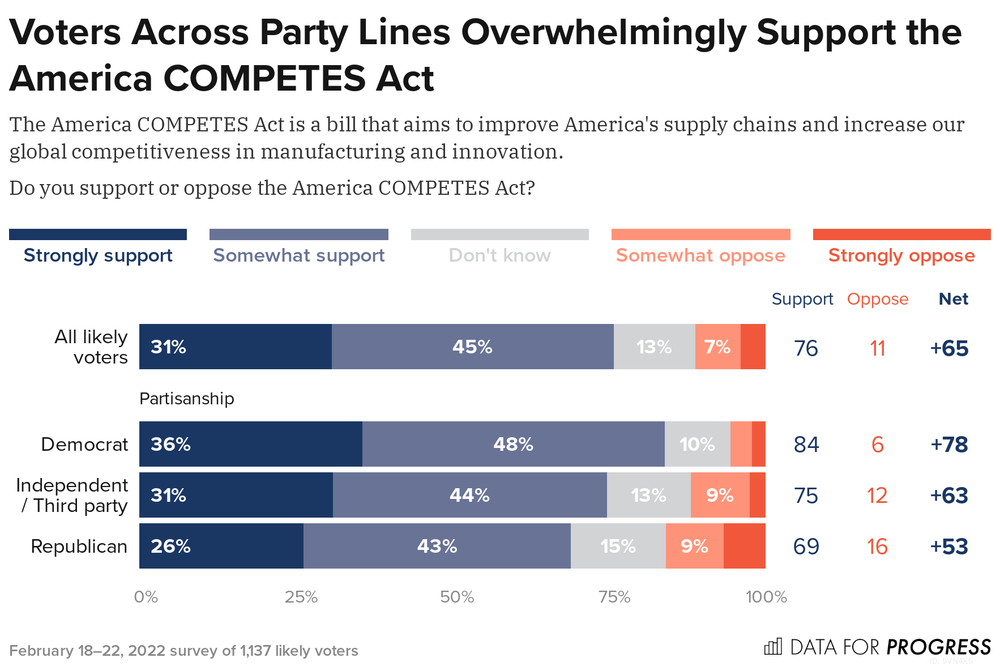 Republicans have repeatedly made clear that choosing China and Big Pharma over American jobs is the GOP party line. Voters know better than to support the GOP’s extreme agenda.