Last night, President Biden delivered a powerful joint address highlighting how far we’ve come in the first 100 days of his administration and laid out a bold plan to create millions of jobs and get America back on track. After President Biden left viewers with hope and optimism, Senator Tim Scott took to the national stage to parrot GOP talking points, sow division, and spread falsehoods.

President Biden’s speech was overwhelmingly popular with the American people, who agree it was incredibly optimistic and focused on how he is delivering for them.

NBC: “’On the move’: Biden urges Congress to turn ‘crisis’ into ‘opportunity’”

Americans across the country woke up to front pages in their local papers highlighting President Biden’s optimistic and bold speech. 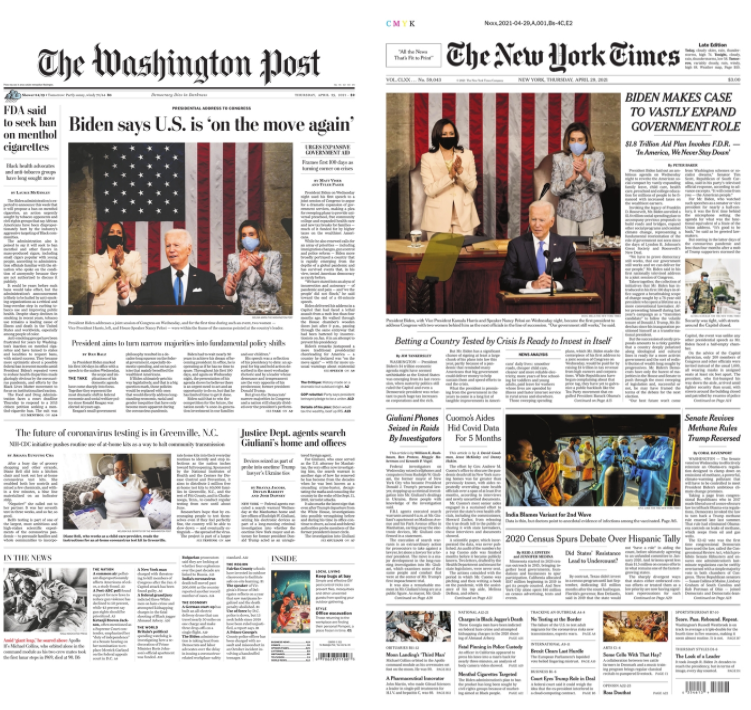 Senator Tim Scott, on the other hand, delivered a speech filled with falsehoods and an out-of-touch message – reminiscent of today’s Republican Party.

Matthew Yglesias: “So much of Tim Scott’s speech was geared to rebutting a Biden address on structural racism that he didn’t deliver and obviously wasn’t going to deliver — latest example of GOP elites getting high on their own supply.”

DeRay Mckesson: “Tim Scott was just inducted into the gaslighting hall of fame.”