WATCH: Blumenthal To Kavanaugh: ‘There Will Always Be An Asterisk After Your Name’

Senator Blumenthal told Kavanaugh that, if confirmed, there will always be an asterisk by his name because of Senate Republicans rushing his nomination with an unprecedented lack of transparency. Blumenthal called on Kavanaugh to ask for a postponement of his hearing. 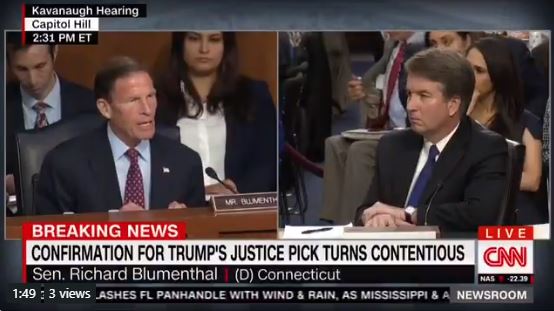 Senator Blumenthal: “I think that this process has been a grave disservice to you as well as this committee and the American people. If you are confirmed after this truncated and concealed process, there will always be a taint, there will always be an asterisk after your name. Appointed by a president named as an unindicted co-conspirator, after the vast majority of documents relating to the most instructive period of his life were concealed. The question will always be ‘why was was all that material concealed?’”