WATCH: Booker: The Right To Health Care Is ‘Fundamental’

Senator Booker talked about the threat Kavanaugh poses to Americans with pre-existing conditions. 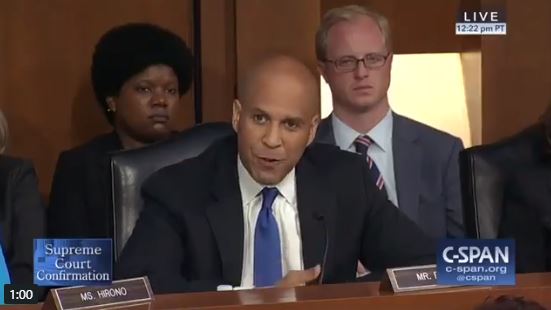 Senator Booker: “Well, knowing your record, it is right that these Americans, so many of them with pre-existing conditions, are asking whether the Supreme Court will be an institution that affirms and protects the rights of people with access to health care. Some — many people who rightfully believe when they read our founding documents that talk about life, liberty, and the pursuit of happiness — that health care, they they believe, is fundamental.”

Trump said his judicial appointments would rule against the Affordable Care Act.

“If I win the presidency, my judicial appointments will do the right thing unlike Bush's appointee John Roberts on Obamacare.” – Trump, 2015