At his hearing tonight, Kavanaugh refused to say whether he believes the Obergefell decision, which legalized gay marriage, was rightly decided. 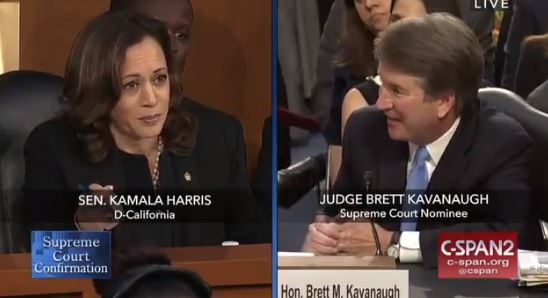 Senator Harris: “Do you believe Obergefell was correctly decided?”

Kavanaugh: “Each of the justices have declined as a matter of judicial independence, each of them, to answer questions in that line of cases.”