A new poll shows that a majority of Americans – 60% – say the Trump administration is running “chaotically.” They’re right. But it’s not just Trump. Republicans have repeatedly shown their incompetence and their inability to govern. The entire Republican Party is in disarray, and there is no end in sight. See for yourself: 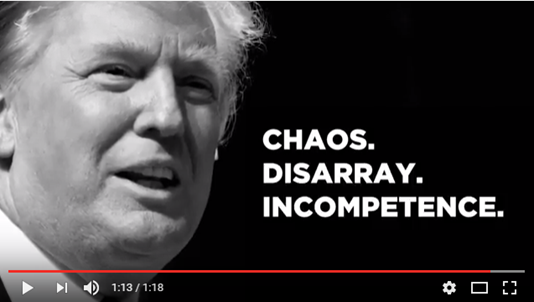 And see more below:

The Republican Party’s inability to govern has led to a looming financial crisis.

Washington Post: “Talks between the White House and the Senate’s top Republican and Democrat broke up Tuesday with no progress on raising the country’s debt ceiling, an impasse that threatens a financial crisis if left unresolved.”

The turmoil and chaos within the White House continued with the firing of Trump’s second communications director after only 10 days.

Washington Post: “But flamboyance aside, Scaramucci is also a good example of the turmoil inside the West Wing. Despite President Trump’s assurances Monday that there was no chaos in the White House and that the day of Scaramucci’s firing was a great day, that someone in the most senior communications position could be hired July 21 and sent packing 10 days later doesn’t suggest a stable work environment.”