What They’re Reading: Biden Calls For Unity Against Attacks on Democracy

Yesterday, President Biden traveled to Philadelphia, Pennsylvania to deliver a powerful call to action to the American people: the soul of the nation is at stake and we must be more committed to standing up for American democracy than MAGA Republican officials are committed to destroying it.

Here’s a look at what voters across Pennsylvania are reading this morning about the president’s speech: 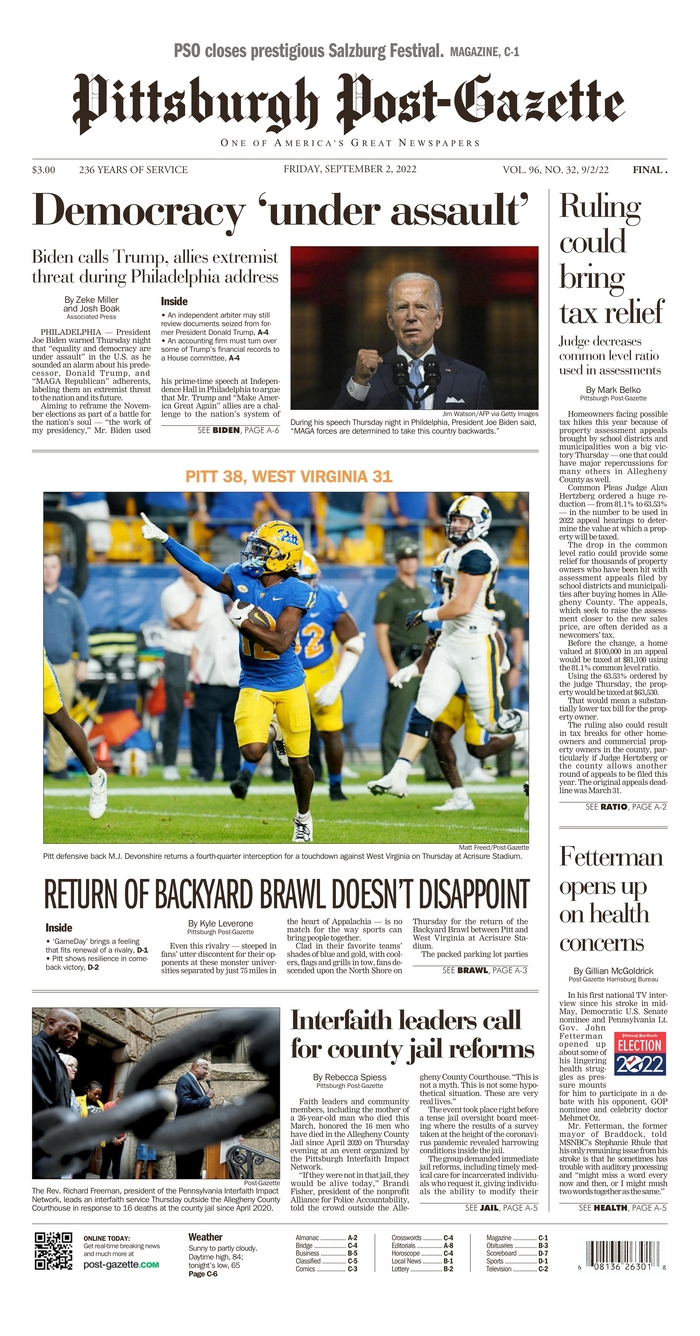 “Biden’s urgent rhetoric mirrors his 2020 messaging, in which he presented himself as a clear contrast to Trump and the race itself as an inflection point for the nation. He made that comparison again Thursday, telling the crowd: ‘Now America must choose to move forward or to move backward, to build a future obsessed about the past, to be a nation of hope, unity, and optimism or a nation of fear, division and of darkness.’”

“Making a plea to save the nation’s soul, Biden called on Americans to come together, get engaged, and ‘vote, vote, vote’ to preserve democracy. ‘There’s nothing more important, nothing more sacred, nothing more American. That’s our soul. That’s who we truly are. And that’s who we must always be. I have no doubt — none — that this is who we will be and that we’ll come together as a nation. And we’ll secure our democracy,’ Biden said, expressing his hope for the future. ‘We just need to remember who we are.’”

“Standing in Philadelphia in front of Independence Hall, President Joe Biden warned Thursday night that the democracy born there faces an existential threat from former President Donald Trump and his allies, seeking to reframe the stakes and consequences of this fall’s midterm elections. … ‘As I stand here tonight, equality and democracy are under assault. We do ourselves no favor to pretend otherwise,’ Biden said to open a searing 25-minute address. ‘Donald Trump and the MAGA Republicans represent an extremism that threatens the foundations of our very republic.’”