Here’s a look at what they’re saying….

From The Washington Post: Democrats over-perform in another post-Roe special

Special elections are one of the better indicators we have of what lies ahead in the November elections — as long as you look at them quantitatively.

And plenty of eyes were fixed on a special congressional election in Minnesota on Tuesday — particularly in light of the handful of signs that things might not be quite so bad for Democrats in 2022, given the resurgence of President Biden’s agenda and as voters appear to be somewhat motivated to show up at the polls by the Supreme Court overturning Roe v. Wade.

A few weeks back, Democrats over-performed the fundamentals significantly in the first post-Roe special election in Nebraska, but you can’t extrapolate too much from one race.

Well, we now have a second post-Roe race, and Democrats have over-performed somewhat again — and by a pretty similar margin. Republican Brad Finstad led Democrat Jeff Ettinger by under 5 points in a district — Minnesota’s 1st — that Trump carried by 10 points in 2020. 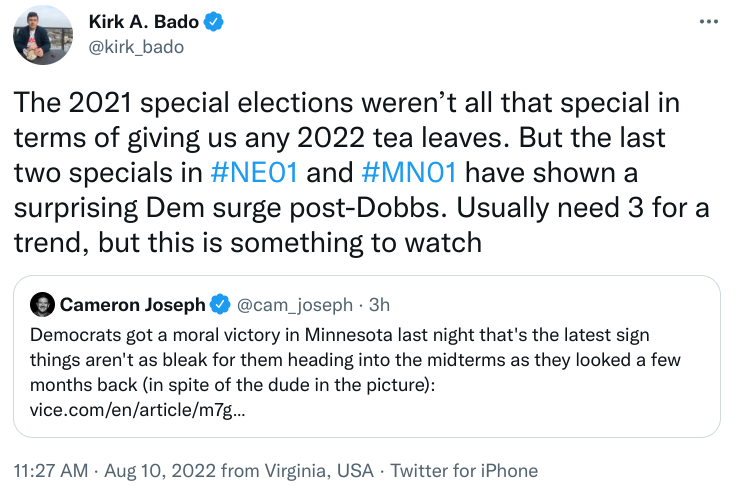 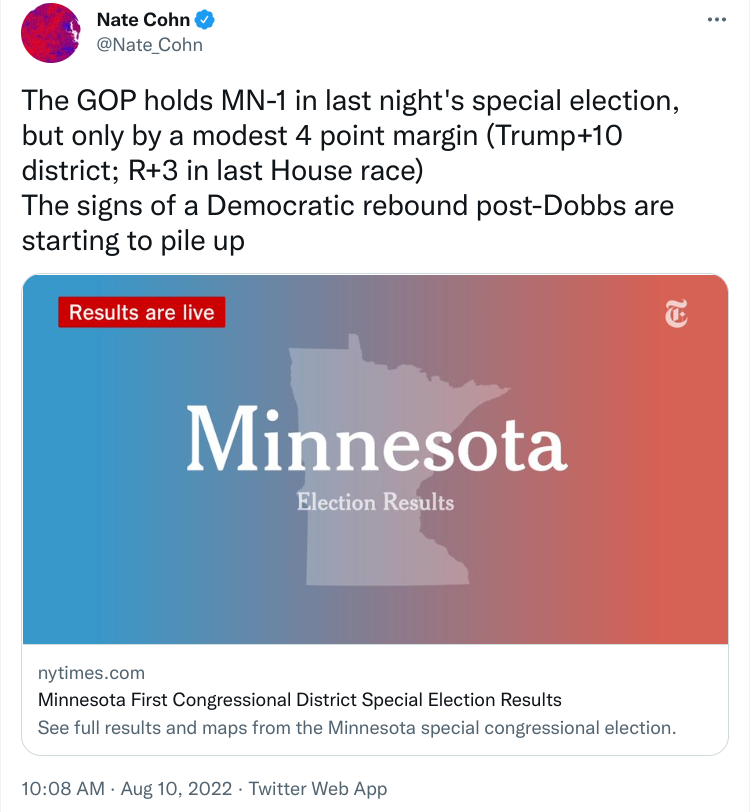