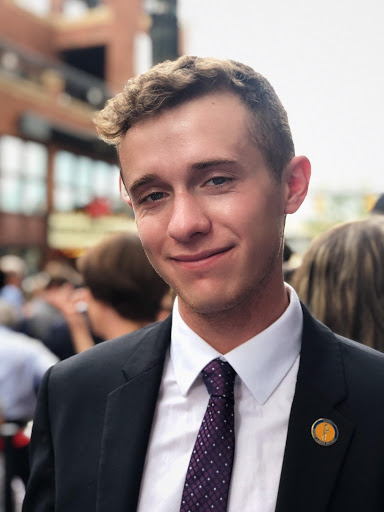 Robert is a recent graduate at Albion College, where he majored in political science with a minor in history and a concentration in public policy. He previously served as president of the Albion College Student Senate, treasurer of the Michigan Federation of College Democrats, and as president of MFCD. Robert is currently working for the Michigan Laborers District Council as the Deputy External Affairs Director, and will shortly begin graduate school at the University of Michigan. Robert got his start in politics volunteering for his local county water resource commissioner, and since then, has worked for a number of candidates at the state and federal levels. Motivated by his commitment to improving public education and combating climate change, Robert knows that the Democratic party’s ideas on these issues are the best ways to help people. In his spare time, Robert enjoys traveling, nature walks, and exploring new cultures.