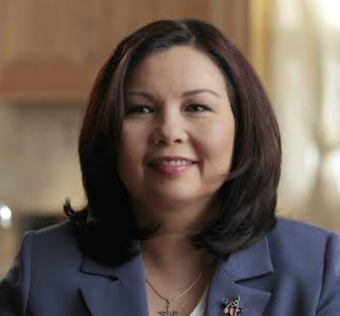 U.S. Senator Tammy Duckworth is an Iraq War Veteran, Purple Heart recipient and former Assistant Secretary of the U.S. Department of Veterans Affairs who was among the first handful of Army women to fly combat missions during Operation Iraqi Freedom. Duckworth served in the Reserve Forces for 23 years before retiring at the rank of Lieutenant Colonel in 2014. She was elected to the U.S. Senate in 2016 after representing Illinois’s Eighth Congressional District in the U.S. House of Representatives for two terms.

In the U.S. Senate, Duckworth advocates for practical, common-sense solutions needed to move her state and our country forward like rebuilding our crumbling infrastructure, protecting Illinoisans from lead poisoning, growing manufacturing jobs while supporting minority-owned small businesses, investing in communities that have been ignored for too long and making college more affordable for all Americans.