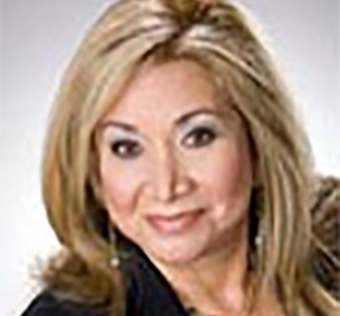 Born in Mexico City and a graduate of Cypress College, Ms. Alexandra Gallardo-Rooker is an accomplished leader in the political arena at both the national and state level. Her insight into the inter-workings of California’s legislative and political process has proven to be a valuable asset to her colleagues in the Democratic Party and the individuals she represents as the Legislative Advocate in California for the Communication Workers of America (CWA).

Ms. Rooker has a proven track record as a leader. During the past two decades Ms. Rooker has taken on a variety of roles with CWA Local #9400 ranging from Shop Steward to Vice President.

In addition, she was elected to the position of Second Vice Chair of the California Democratic Party in 1997 and currently serves as Female Vice-Chair, a position she has held since 2001. Her unfailing commitment to Democratic values and proven leadership skills are among a list of attributes that has made her a valuable member of Democratic National Committee and Governor Howard Dean’s Transition Team.

As a former recipient of the “Si Se Puede Award For Distinguished Service,” from the Los Angeles Chapter of Labor Council for Latin American Advancement, Ms. Rooker has routinely demonstrated her commitment to Democratic values through her continuous efforts to fight for a better quality of life for hard working Californians across the state.