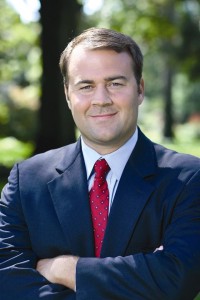 Born and raised in Cincinnati, David is a fifth-generation Cincinnatian. David was first elected to public office in 2001 when he served on the Cincinnati City Council finishing first out of a field of 26 candidates, and was reelected for a second term in 2003, again leading the pack in votes. David came to the Cincinnati City Council as riots, a severe crime wave, and a public safety crisis rocked the city. Amid this turmoil, David’s leadership was key in the successful push to improve police-community relations, and he ultimately served as the Chairman of the Law and Public Safety Committee. David played an instrumental role in negotiating a historic collaborative agreement between the police, the community, and City Hall, which healed long simmering tensions while setting the stage for improved safety. David also played leadership roles in economic reforms, new investments, and progressive policy changes that helped spark a decade-long renaissance that continues in Cincinnati to this day. In 2006, David was elected to the three-member Hamilton County Commission. He served as the Commission President from 2009-2010. During David’s tenure at the County, Hamilton County won 19 National Association of County Awards for outstanding management practices, more than all other Ohio counties combined. David focused particularly on cleaning up the very poorly managed government that he inherited: adding much-needed transparency, championing greater disclosure and higher ethics, eliminating wasteful spending, and rebuilding the County’s reserve fund. Independent ratings agencies praised the County’s fiscally responsible policies. David was nominated by Ohio Democrats to run in statewide elections twice.