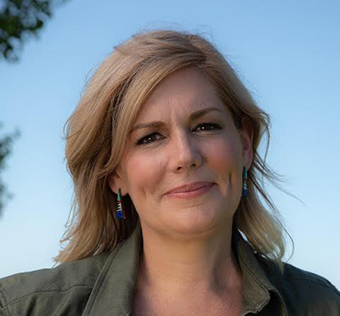 Jane Kleeb is an experienced grassroots organizer, manager, political strategist and nonprofit entrepreneur. Recently profiled by PBS in a film called “Blue Wind on a Red Prairie,” Jane is a leader who deeply understands the need to connect issues that rural and urban communities are facing to politics in order to win elections in Nebraska. Jane Kleeb started her term as the Nebraska Democratic Party Chair in December 2016.

Leading the statewide healthcare reform project called Change That Works, Jane brought together grassroots advocates and allied groups such as AARP and Nebraska Appleseed. While more work must be done to bring down the costs of heath care for families, the effort was successful in helping ensure pre-existing conditions are a thing of the past and that all Nebraskans have access to heath care. In 2010, Kleeb founded the grassroots group Bold Nebraska leading farmers, ranchers and Native allies in an effort to stop the Keystone XL pipeline. Jane’s organizing style earned her the title “Keystone Killer” and she was featured in the NY Time Magazine. Bold Nebraska expanded into the national Bold Alliance focusing on protecting property rights, water and the clean energy transition.