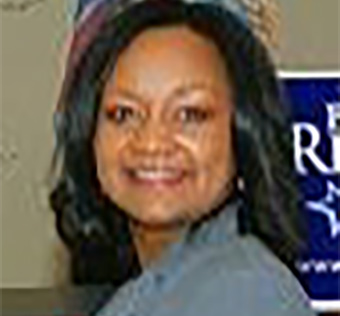 Nikema served as the National Committee Woman for the Young Democrats of Georgia. She was honored to serve as a Delegate to the 2008 and 2012 Democratic National Convention. In recognition of her work to engage more young people in Democratic Politics, she was named Georgia Young Democratic of the year in 2009 and received the 2009 Future is Now Young Leader award from the Young Democrats of Atlanta. Nikema also serves on the Board of Governors for Red Clay Democrats. In 2007, she was elected Chair of the 13th Congressional District for The Democratic Party of Georgia. Upon election, she became the youngest Congressional District Chair ever elected in the state. In January of 2011, Nikema was elected as the 1st Vice Chair of the Democratic Party of Georgia, again, distinguishing herself as the youngest person in DPG history to ever hold this position. In this role, Nikema represents the state of Georgia at the Democratic National Committee. Nikema served as a member of the Obama Victory Fund 2012. Through her fundraising efforts with Gen44, Nikema has been recognized as one of the top ten influential African American bundlers for President Obama by Huffington Post.

The Apex Society designated her as one of their Power 30 under 30 in the field of politics for 2008. She is an alumnus of Leadership Atlanta’s LEAD class of 2009 and a 2009 graduate of Yale University’s Women’s Campaign School. She was also recognized in the 2009 and 2010 publication of Who’s Who in Black Atlanta as a community leader. She was honored in 2010, by Outstanding Atlanta, the city’s premiere honor for community involvement. Most recently, Nikema was named one the Women of Influence for 2011 by the Atlanta Business League. Currently, Nikema is a member of the 2013 class of The New Leaders Council, an organization dedicated to train and promote the next generation of progressive political entrepreneurs. She is a member of Alpha Kappa Alpha Sorority, Incorporated.

In 2011, Nikema was appointed to the Advisory Board of SCLC W.O.M.E.N. Inc, by founder, Mrs. Evelyn G. Lowery. SCLC Women, INC is a civil rights group dedicated to offering intergenerational programs designed to empower women, girls, and families as they relate to human rights, social action, economic self-sufficiency, reduction of health disparities, and leadership to build strong families and communities.

Born in Columbus, Georgia, Nikema was raised nearby in Smiths, Alabama. She attended Talladega College, a private liberal arts HBCU in Talladega, Alabama. She is married to Mr. Leslie Small, and they reside in Historic Westside Village in Atlanta with their two rescue Yorkshire Terriers, Ginger and Belle. Nikema and Leslie are members of Central United Methodist Church in Atlanta.