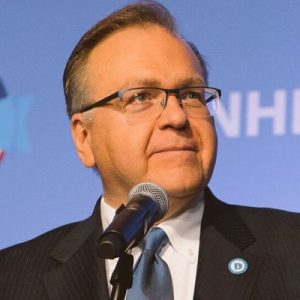 Raymond Buckley was elected as Chair of the New Hampshire Democratic Party in March of 2007. Prior to serving as Chair, he served as the Party’s 1st Vice Chair and Executive Director. His professional political involvement began when he was an organizer for Jimmy Carter’s campaign for President in 1976. Since then he has been involved with each Presidential campaign in New Hampshire as well as campaigns for Governor, US House, US Senate, and the NH State Senate. During the 2006 election cycle, he was the Executive Director for the NH Senate Democratic Caucus. In 1986 he was elected to the State House from Manchester where he served eight terms.