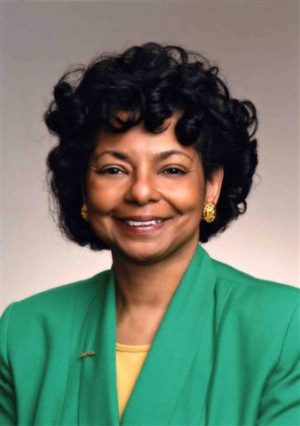 Dayton native Rhine McLin has a long history of active community involvement, which attests to her commitment to public service. In 2002, she became the third African American Mayor and the first woman Mayor in the city’s history. She previously served six years in the Ohio House of Representatives from 1988 to 1994, and was then elected State Senator for the 5th Ohio Senate District, serving Montgomery and Miami Counties. When elected in 1994, she became the first African American woman to serve in the Ohio Senate. In 1998, McLin was elected by her peers to serve in leadership as the Minority Whip. Two years later, she was elected again to serve in the Senate leadership as Minority Leader.

McLin has over 20 years in the political arena and more than four decades of educational expertise. She has served on numerous boards and committees in various positions. McLin earned a B.A. in sociology and secondary education at Parsons College in Iowa and a Master of Education in guidance counseling at Xavier University in Cincinnati. She also has an associate degree in mortuary science from Cincinnati College of Mortuary Science. She currently serves as an instructor at Central State University West, where she teaches Criminology; Race & Ethnic Relations; and Juvenile Delinquency: Social Problems.

Ms. McLin serves on the Miami Valley Fair Housing Board and is a Board Member on the Montgomery County Board of Elections. Since 2004, McLin has served as the Vice Chairwoman of the Ohio Democratic Party. She was recently elected as Midwest Chair of the ASDC.