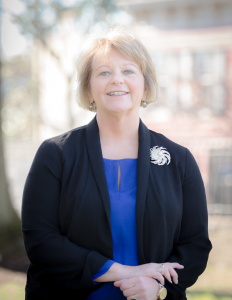 Chairwoman Susan Swecker likes to say that she’s a Democrat by birth and by choice.

Over the years, she has served the Party in many critical and effective ways. At age 22, she became Chairwoman of the Highland County Democratic Committee. Her first professional paid campaign job was working for the Jimmy Carter 1980 Re-Elect in Virginia. From there she quickly rose through the ranks to several state and national leadership roles, including Executive Director of the Democratic Party of Virginia, a member of the Democratic National Committee, and former Chairwoman of the Southern Caucus.

As a current member of the Democratic National Committee, she serves on the Executive Committee and the Rules and Bylaws Committee. She is widely credited with leading the successful charge to move up the date of Virginia’s Presidential Primary in the 2004 cycle, thus placing Virginia in a pivotal position for that cycle and beyond. Susan played a leadership role in the election of Governor Terry McAuliffe and the Democratic ticket in 2013 and served as a member of the McAuliffe Transition Team, advising him on hirings and appointments.

Susan is President of Dividing Waters Public Affairs LLC. Susan received her law degree from Washington and Lee University and a B.A. in political science from Mary Baldwin College.