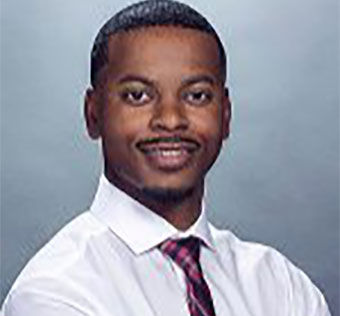 William McCurdy II is the Nevada State Democratic Party’s first African American Chair and the youngest Chair in modern party history at 28 years old. He was born and raised in Las Vegas and was elected in 2016 to represent District 6 in the Nevada Assembly. After dropping out of high school as a teenage father, William started working construction and became the youngest foreman on a big job. He eventually decided he had to finish school if he wanted to achieve his goals, and he got his high school diploma at the age of 24. McCurdy is the former student body president of the College of Southern Nevada, where he graduated with honors. As CSN student body president, William fought for his classmates by advocating against tuition hikes and supporting legislation for the state’s first need-based aid program. As a union organizer with Service Employees International Union (SEIU) Local 1107, William fights for better pay and better workplace conditions for their members. The first bill he presented as a new Assemblyman was to raise the minimum wage to a living wage of $15 an hour. William is committed to uniting the party, organizing and registering voters in every corner of Nevada, and leading Democrats to victory up and down the ballot in 2018.